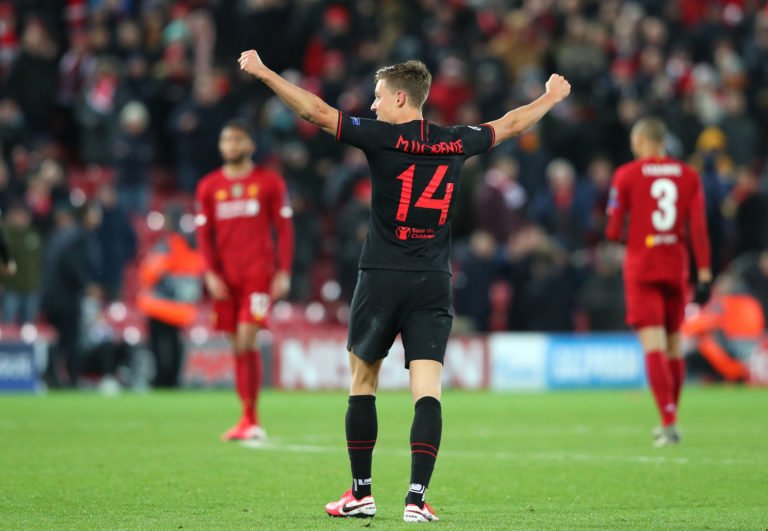 Atletico Madrid midfielder Marcos Llorente could be open to moving on from the Spanish capital in future according to his agent.

Spanish international Llorente has established himself as a key figure in Diego Simeone’s side in the last 18 months in a newly repurposed attacking midfield role for Los Rojiblancos.

His goal scoring performances have attracted renewed transfer attention in the former Real Madrid man, despite Simeone’s insistence over his ongoing importance to the club.

However, as per reports from Cadena Ser, via Mundo Deportivo, his agent, and uncle, Julio, claims interest in the 25-year old schemer has solidified.

“I have received many calls about him (after Anfield), and we have talked about this,” he said.

“Right now, he wants to stay at Atletico. But the last call I received about him was back in May, and it was not from a Spanish club.”

Llorente playing a starring role in Atletico’s Champions League wins home and away against Liverpool last season, in matches that forced him into a new indispensable role for Simeone.

He made 16 La Liga starts in his first season at the club in 2019/20, with nine already so far this season, with five goals.