Messi’s contract with Barcelona expires this coming summer, leaving the Argentine free to choose his next destination without worrying about a transfer fee.

One such destination Messi admitted he likes the idea of is the United States and MLS.

“I’ve always said I’d like to enjoy the experience of living in the United States, of playing in that league and living that life, but whether it’s going to happen or not I don’t know,” he said. 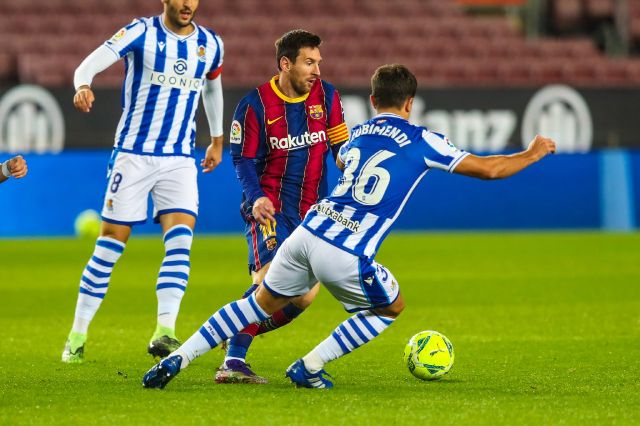 Messi’s comments raised eyebrows on both sides of the Atlantic, especially given recent reports linking David Beckham‘s Inter Miami with the Argentine.

He was clear to maintain that his mind is focused purely on the present, however.

“I don’t know what will happen [in the future],” he said.

“I’m focused on what we have, on what we can do in these next six months. It wouldn’t be good for me to tell you what I’m going to do [come season’s end] because I don’t know.”