Striker Diego Costa has played his last game for Atletico Madrid and is set to terminate his contract with the club.

Originally reported by Diario AS on Sunday and subsequently confirmed by Marca, the 32-year-old is negotiating to end his stay in the Spanish capital with Cadena Cope reporting he did not attend training on Monday.

It is now outlined by El Mundo that Atleti are open to the request of the striker leaving but hold a clause that will prevent the striker joining any rival club once he exits Los Rojiblancos.

This is primarily due to impact Sevilla, who hold an interest in signing the Brazil-born striker, alongside any other club remaining in the knockout stages of the Champions League – such as Real Madrid or Barcelona.

Costa would reportedly be fined €25m if he joined one of those three rival Spanish clubs, or €5m if he joined another side still in Europe’s elite club competition, while if he moves elsewhere then Atleti would pay him the remaining €3.2m of his contract.

Aged 32, Costa has fallen from prominence at Atleti in recent times following the summer arrival of Luis Suarez from Barcelona, who is now the preferred central striker alongside Joao Felix in attack. 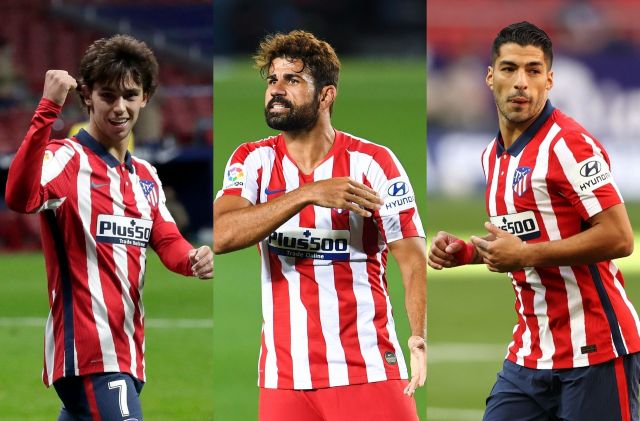 It is claimed that whilst personal reasons are the official reason for Costa wanting a move, his primary concern is a lack of first-team football and would want guarantees at his next club.