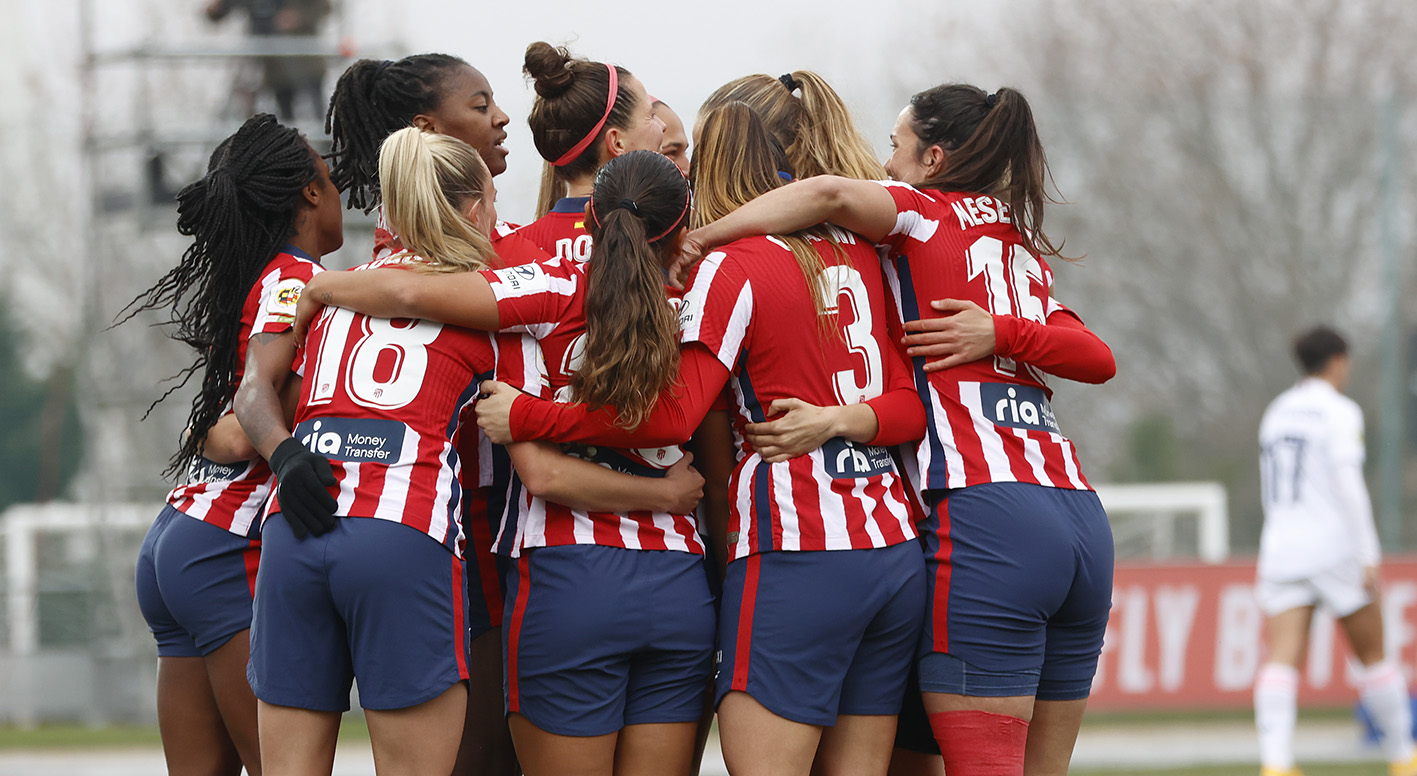 For much of Tuesday’s game with Real Sociedad, Atlético Madrid looked like squandering the boost Saturday’s derby win over Real Madrid had given them. But in the end, as she has on several occasions already this season, Deyna Castellanos came up trumps to rescue them.

The Venezuelan international provided the pass which sent her strike partner Ludmilla through to open the scoring after only three minutes, but Atleti were pegged back by Nerea Eizagirre’s superb long-range strike and then found themselves behind when Laia Aleixandri diverted a cross past her own goalkeeper on 67 minutes.

Facing up to losing more ground in the race for Champions League places, coach Daniel González threw on Emelyne Laurent and Toni Duggan, but it was Deyna who took centre stage, beating Adriana Nanclares Romero with a low, left foot shot for the equaliser and then collecting Duggan’s pass and curling the ball into the top corner with her right for the winner.

With seven goals and five assists, Deyna has been directly involved in more goals than any other Atlético player this season, and only Levante’s Esther and Jenni Hermoso at Barça can boast more. At the end of her first year in Madrid, she has already established herself as one of the leaders of this Atleti side. 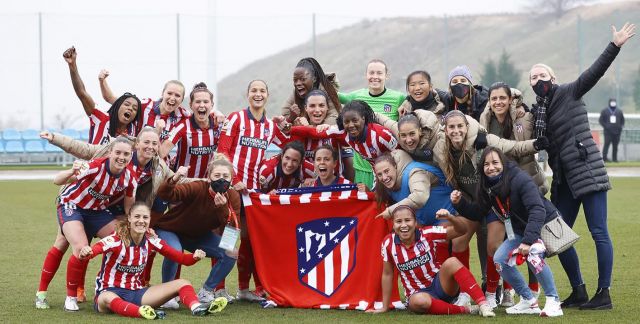 Has the Tenerife bubble burst?

They reached the summit of Primera Iberdrola on the back of a run of eight wins in ten matches but after defeat by Sevilla on Tuesday, their first since the opening day of the season, they have dropped down to third.

Some cracks had already been exposed last month, when they let a 2-0 lead slip at Athletic Club, conceding twice in the final 15 minutes. Then last Saturday they were held at home by Sporting Huelva before slipping to defeat in the Andalucían capital.

Claudia Pina opened the scoring for Sevilla and although Natalia Ramos levelled matters in the second half, scoring past her sister Noelia in the Sevilla goal, Ana Franco quickly put the home side back in front.

As we move into the new year, the battle for second and third is going to be one of the most interesting narratives in the league and Tenerife are still right in the mix, which few expected at the start of the campaign. Perhaps the break has come at the right time for them.

Levante’s 4-2 victory over Madrid CFF might have been one of the best Primera Iberdrola matches of the year and kept the Valencian side right in the midst of the battle for third spot and the final spot in next season’s Champions League. And the star performer was French midfielder Sandie Toletti, who hadn’t scored for Levante since joining in the summer, notched a perfect hat-trick to lead them to victory.

It looked like being plain sailing for them when they raced into a 2-0 lead inside 18 minutes. Toletti got off the mark with a fine right foot finish on 15 minutes and turned her marker inside out on the way to adding a second with her left three minutes later.

But Madrid roared back and after Geyse pulled one back, Priscila equalised from the penalty spot after only 31 minutes.

They almost completed the turnaround after the break after a momentary lapse from María López in the Levante goal, but she recovered in time to prevent another goal. And indeed, it was Levante who went on to win thanks to two goals in the space of a minute. First a cool finish from Esther saw her score for the 11th time this season and then Toletti completed her hat-trick with a glancing near-post header.

It’s not going to be a very Merry Christmas for anyone in the green half of Sevilla this year. The men’s team sit mid-table in La Liga, closer to the bottom than the European places, the club has just come through a divisive shareholders meeting and the women’s team are in freefall.

Tuesday’s defeat by Espanyol was their sixth in a row – and even though they moved off the bottom, courtesy of Deportivo’s goal difference taking a pounding in their defeat by Barcelona, there is not much reason to celebrate.

Espanyol had already hit the post by the time they took the lead in the second half, Lombi’s quick thinking after she spotted Betis ‘keeper Méline Gerard off her line resulted in one of the season’s more spectacular goals. Betis equalised through Mari Paz’s close-range finish two minutes later they couldn’t hold on for long and within four minutes, Lombi had doubled her own tally for the day and restored her side’s lead.

Going into the Christmas break, Betis are facing a serious battle to avoid relegation from the topflight or the first time since their promotion in 2016.

Barcelona ensured they finished the year top of the tree with a 6-1 win over Depor, who did at least become only the second team to score against the champions this season. Real Madrid put their derby defeat behind them and won 1-0 in Huelva to move up to second, Sofia Jakobson with the only goal.

Valencia was the city to be in for goals on Tuesday as in addition to Levante’s win, Valencia and Eibar also shared six goals with the hosts winning 4-2.

Rayo Vallecano continued their upward trajectory with a win at Santa Teresa, while Logroño got their second win of the week with a 3-0 triumph against Athletic Club.