Real Sociedad boss Imanol Alguacil has been boosted by the returns of David Silva and Mikel Oyarzabal for their La Liga tie with Atletico Madrid.

La Real host Diego Simeone’s side at the Anoeta Stadium tonight looking to haul themselves back into the title race after a disappointing run of recent form.

However the timely returns of Silva and captain Oyarzabal will be a major confidence injection for the Basque giants, with both players expected to go straight into the starting line up. 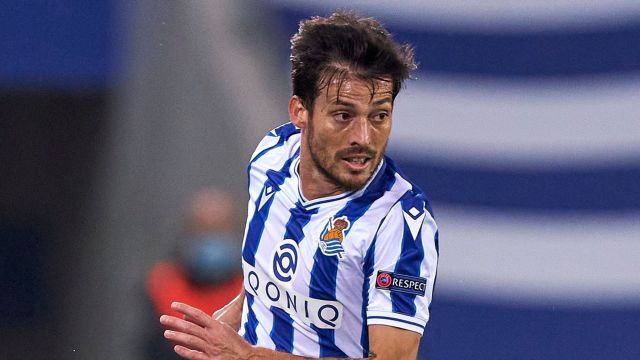 Aritz Elustondo and Jon Guridi are also included by Alguacil after spells on the sidelines, as per reports from Marca, with the hosts confident of testing Simeone’s leaders on a big night in the title race.

Modibo Sangan, Ander Guevara and Martin Merquelanz could be the ones to drop out of the starting XI as Alguacil looks to turn his fortunes around.