The Argentine scored 25 goals last season although Barcelona‘s failure to retain their La Liga title will grate more than his personal success will please him. He also contributed an impressive 22 assists.

Speaking exclusively with Marca, Messi was pleased to have taken home the award. “It’s a great joy,” he said.

Messi also touched on how difficult it is to play, as the ongoing Coronavirus pandemic mandates, without supporters. “It’s horrible,” he said. “It’s an ugly feeling.

“Not seeing anyone in the stadium is like training and it takes a lot to get into the game from the beginning. It’s very difficult to win.

“The pandemic has caused football to change a lot and for the worse, we’re seeing it in games. Hopefully we can get people back in the stadiums and get back to normal.”

It’s been a difficult beginning to the season for Messi and Barcelona. The Blaugrana finished behind Juventus in their Champions League group and currently sit fifth in La Liga.

What’s more, Messi has scored just six goals from his first 13 league matches. Not a bad return for a normal player, but then Messi has never been normal. 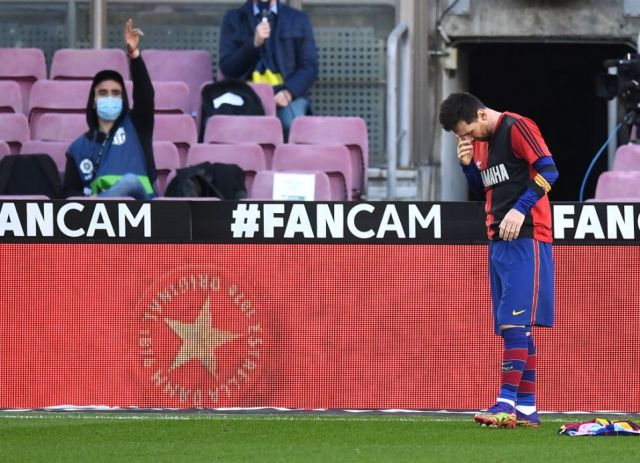 One highlight of his season was his touching tribute to his compatriot Diego Maradona, the legendary Argentine footballer who passed away aged 60 at the end of November.

Messi scored against Osasuna the weekend after his passing and dedicated his goal to Maradona, even taking off his Barcelona shirt to reveal one belonging to Newell’s Old Boys, the other club they both played for, beneath.