Barcelona midfielder Carles Alena could be on his way out of the Camp Nou in the January transfer window with Getafe hopeful of concluding a loan deal for the remainder of the campaign.

The details are outlined by a report in El Mundo Deportivo, who claim that the central midfielder will be allowed to leave by the Blaugrana while the Madrid-based Azulones are pursuing his signature. 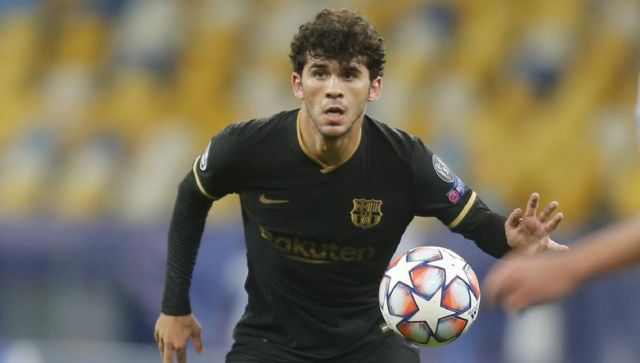 Alena joined Real Betis on a temporary loan deal in the previous January window, where he made 19 appearances – scoring one goal – before returning to the Camp Nou while his future is now once again the subject of Barcelona transfer news.

The 22-year-old has started just one game to date this campaign – a European dead rubber at Dynamo Kiev – while he has been restricted to just two substitute appearances in La Liga.

La Masia youth graduate Alena made 27 first-team appearances for the Catalan giants in the 2018/19 campaign after being promoted from their B team but fell from prominence thereafter.