Gerard Pique: “Being Catalan is a privilege”

Gerard Pique couldn’t take to the field for Barcelona against Valencia due to the injury he suffered at Atletico Madrid as noted by Diario Sport.

Pique sat in the stands at Camp Nou with other injured teammates wearing a suit and tie, an outfit quite different from the more laidback gear he sported during Wednesday’s victory over Real Sociedad.

The reason for his more formal attire was that he collected the Merit Esportiu Catala before the game, an award granted by the Government of the Generalitat de Catalunya to athlete or sports organisations who contribute to the promotion of sport in Catalonia through their success.

The defender was given the award by Gerard Figueras, the General Secretary for Sports and Physical Activity. Figueras explained that Pique was chosen due to “his commitment to Catalan sport and its international projection.”

Pique is recovering from a serious knee injury but was excited by the recognition and spoke of the pride he feels to be Catalan.

“The other day, when they told me that they planned to give me this award, I thought about everything that happened to me until I got here in front of all of you,” he began.

“At the age of 17 I decided to go to Manchester which was a very important decision in my sporting career. We start to value things when we lose them or stop having them and I realised that I was a privileged person when I fulfilled my dream of returning to Barcelona after having been abroad for four years. 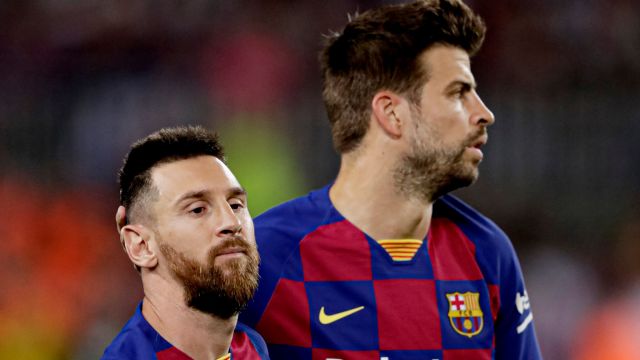 “When I returned home I realised that being Catalan is a privilege, because in Catalonia we have everything and we value it, because we have an incredible country.”

The event was held at the Museu Nacional d’Art de Catalunya and was also attended by the Regional Minister of the Presidency, Meritxell Budo.