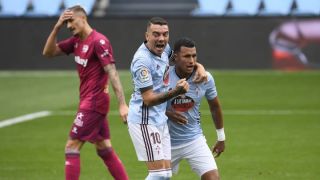 Celta Vigo and Alaves announce lineups ahead of afternoon clash

Celta Vigo and Alaves have named their starting lineups for this afternoon’s clash at Balaidos in La Liga.

Celta come into the game in tenth, level with Real Betis. The Galicians are a point ahead of Valencia and a point behind Athletic Club.

Alaves are currently sitting in 15th but are just two points behind their hosts for this afternoon such is the congested nature of this season’s table.

Alaves suffered their first league defeat in seven last weekend, giving struggling Huesca their first win of the season in the process.