Carles Tusquets, president of Barcelona‘s Managing Board, spoke out again after the club’s draw with Valencia on Saturday afternoon in comments carried by Mundo Deportivo.

“[Ronald] Koeman is doing well, he has great criteria, he bets on the youth system and young players. He absolutely has my support and he will always have it. I’ve eaten with him recently and I found him to be optimistic.” 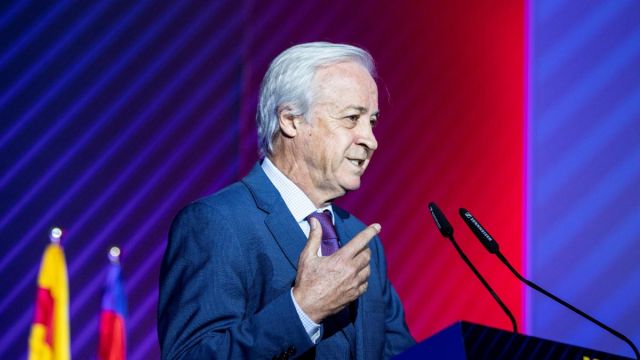 Tusquets has come under fire in recent weeks due to what some deem to be an over-willingness to comment on Barcelona’s affairs on the pitch, so he’s been quiet lately. He did, however, comment on Lionel Messi‘s future. “I think he has the answer,” he said.

“If we look at his contract, the decision is his.”

Tusquets also touched upon the economic situation at Barcelona.

“When the stadium is reopened it will not be very difficult to recover this club, not in the economic sphere and I hope not in the sporting sphere,” he said.

“Barcelona are betting on a new generation of players, which suits the club right now as we are in the midst of a change of cycle.”

Barcelona are currently sitting fifth in La Liga four points behind Villarreal. They finished second in their Champions League group behind Juventus and have been drawn to face Paris Saint-Germain in the last 16.

Off the pitch, the Catalans are currently waiting for presidential elections scheduled for January 24th. Tusquets is in charge of the commission facilitating the transition between regimes after Josep Maria Bartomeu resigned as president.