Eden Hazard and Vinicius Junior will both miss Real Madrid’s crunch La Liga trip to Eibar this weekend due to injury.

The pair have been absent from training in the last few days, after Vinicius joined the Belgian international on the sidelines, after picking up a knock in the 3-1 midweek win against Athletic Club. 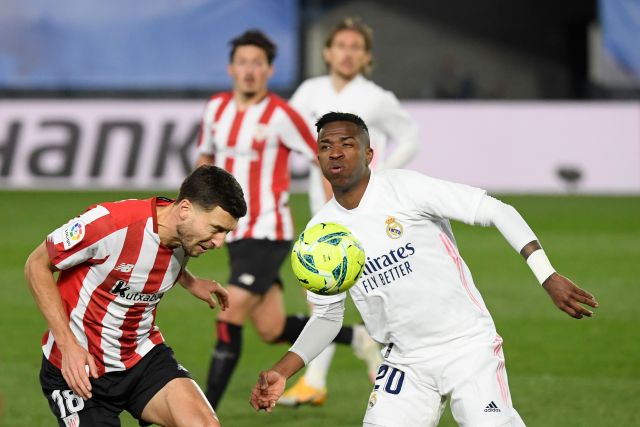 As per reports from Marca, both players have not been passed fit to travel with the squad and will remain in Madrid to continue their rehabilitation.

Spanish international Isco is also ruled out, after picking up an ankle injury in training, with boss Zinedine Zidane set to rotate his options at the Estadio Iprura on Sunday.

Marco Asensio is in line to replace Vinicius in attack, with Rodrygo Goes potentially coming in to an attacking alternative to Lucas Vazquez against Jose Mendilibar’s side.