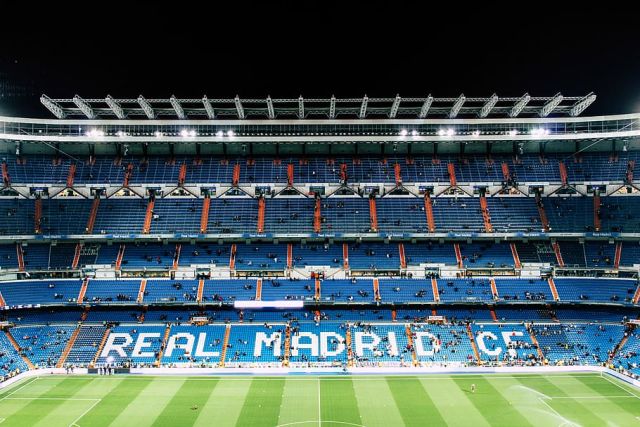 Real Madrid’s under-fire boss Zinedine Zidane has ruled out the chances of building a long-term dynasty at the Bernabeu in the same way that Sir Alex Ferguson achieved with Manchester United. The Frenchman was on good form at Real’s post-match press conference following their Champions League victory over Borussia Monchengladbach. He told reporters that although he “enjoys” what he is doing, he acknowledged that he is “very lucky to be at this club”.

Zidane nodded to the short-termism of football supporters in the modern era as to why he will “never be the Ferguson of Madrid”. Even Sir Alex Ferguson struggled during his first full season at Manchester United, with many of the Old Trafford faithful unsure of the former Aberdeen manager’s future at the club. Needless to say, the United hierarchy kept faith with the Scotsman, who eventually rewarded the Red Devils by winning more trophies than any other manager in the sport’s history.

Does Zidane deserve more patience than he’s getting?

Defeat to Monchengladbach would have almost certainly seen Zidane get the Bernabeu boot, given that Real would have been consigned to the Europa League. However, Zidane is philosophical about how little credit he has in the bank with fans despite winning a hat-trick of successive Champions League titles in his first spell in charge – the first coach ever to do so. The fact that Real’s city rivals Atletico sit proudly atop La Liga at present leaves a sour taste in the mouth of Madridistas, despite bitter rivals Barcelona struggling harder still domestically this term.

It has certainly been something of a surreal start to the 2020/21 La Liga season. The likes of Real Sociedad, Cadiz and Granada are in the top seven of the table, with Barcelona languishing in ninth after their opening ten games. At the time of writing, Atletico Madrid are top by a point, with two games in-hand on the likes of Sociedad and Villarreal below them. It explains why the leading US sportsbooks have priced Atletico as favourites to win the title with a quarter of the season gone. FOX Bet, which is currently licensed to accept wagers from three US states (Colorado, New Jersey and Pennsylvania), has priced Atletico as short as +105.

La Liga title is still very much up for grabs

There is still time for Real to battle back in the league. If Zidane’s men can overcome Atletico in their upcoming La Liga clash at the Bernabeu, they have a favourable run of fixtures over the festive season. The likes of Eibar, Elche and Celta Vigo loom on the horizon. Victory over Diego Simeone’s troops, followed by a hat-trick of wins over Real’s lower-ranked opponents would surely help them leapfrog the likes of Villarreal and Sociedad.

One of the main factors in Zidane’s continual fear of losing his job is the impatience of club resident Florentino Perez. Despite becoming the longest-serving manager for Real under the presidency of Perez a few months ago, usurping the likes of Jose Mourinho and Vicente Del Bosque, Perez takes a notoriously short-term view of his club. This trait was slammed a few years ago by former boss Rafa Benitez, who said that “it’s not easy” to be at the Bernabeu helm due to having to “do everything perfect”.

Some might say that a club of Real’s stature demands perfection. However, the pressure and meddling from above can stop even the most talented managers in their tracks. It’s all too rare for a club to value stability and consistency, which supports Zidane’s view that a Ferguson-esque dynasty is a pipe dream.

Fans will already be looking to next season, with some key figures in the Real squad out of contract at the end of 2020/21. The likes of Sergio Ramos and Luka Modric are yet to agree terms on a new deal, which could mark the end of an era if both were to leave. It remains to be seen whether Perez is prepared to give Zidane the time (and money) to rebuild in 2021. Zidane has a long way to go to survive as long as Miguel Muñoz.