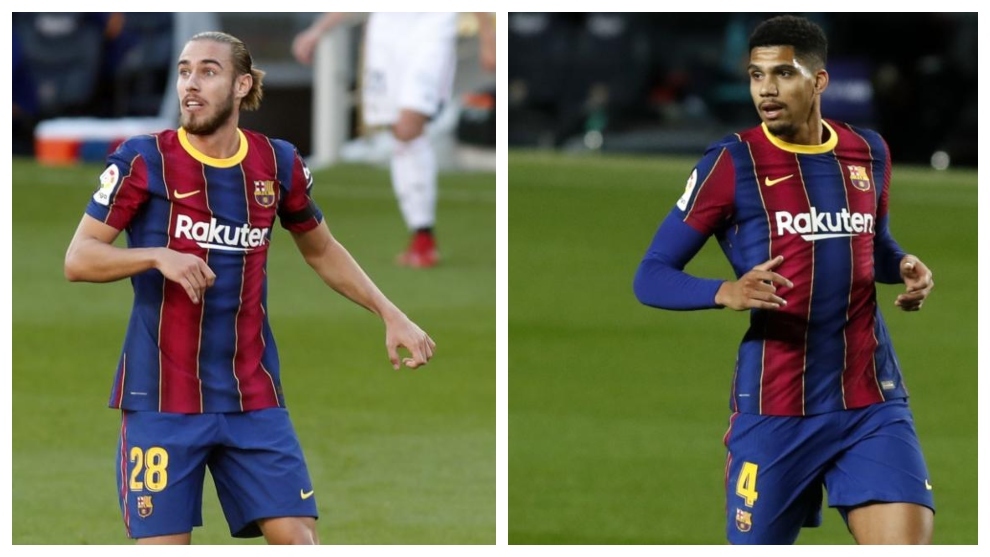 Barcelona have their answer to central defence problem

Barcelona feared the worst when receiving the news that influential defender Gerard Pique faced a long-term injury, but Marca now outline how the club have found their solution.

As outlined by Cadena Cope, Pique faces three to four months on the side-lines due to this decision not to undergo surgery on his knee injury – sustained in last month’s defeat at Atletico Madrid.

The club’s issues at the heart of the defence have been at the forefront of Barcelona news in the weeks since, but the inexperienced duo of Ronald Araujo and Oscar Mingueza may have given them the answer.

Blaugrana boss Ronald Koeman has tried six central defensive combinations from the start so far this season: Pique-Lenglet, Lenglet-Araujo, Pique-Araujo, Lenglet-Mingueza, Pique-De Jong and, the latest, Araujo-Mingueza – while Junior Firpo and Samuel Umtiti have also been subbed into the positions midway through matches.

Both 21-year-olds have impressed and could form the bedrock of a new defensive partnership with Clement Lenglet also unavailable, although the club still retain an interest in signing Eric Garcia from Manchester City, the report adds.

From Santa Perpetua de Modoga, Mingueza joined the club aged eight and has been working his way though its ranks for 13 years, playing for all the lower categories of Barcelona before reaching the first team – where he has made six successive appearances.

Araujo, 21, moved to the Camp Nou in the summer of 2017 from Boston River, who are based in Uruguay’s capital Montevideo for a reported fee of €1.7m and has made 10 La Liga appearances for the club, including three starts this season.