The five keys for Real Madrid to sign David Alaba

Real Madrid continue to be linked to signing Bayern Munich star David Alaba as a free agent next summer and Marca have now outlined five keys to the move being processed.

The 28-year-old is out of contract in Germany in 2021 and last month, a report in Diario AS claimed Alaba’s representative Pini Zahavi has made contact with Los Blancos to discuss the future of his client, who is out of contract at the German giants in the summer of 2021.

It is said that he will definitely remain at Bayern for the remainder of the campaign and then will leave as a free agent next summer.

So what are the five keys for him moving to the Spanish capital?

1) The pandemic – the financial ramifications of the Covid-19 pandemic means that all clubs, including Madrid, have had to adjust their budgets accordingly and are approaching all potential incomings through this lens.

2) The renewal of Sergio Ramos – like Alaba, the fact that Ramos is out of contract in the Spanish capital next summer and celebrating his 35th birthday in March, Madrid may now be beginning to plan for life without their talismanic captain. Real Madrid news recently has focused on the concern for the club in the position, and the club’s negotiation over his new contract could be linked to an approach for Alaba.

3) The futures of Nacho and Militao – just as with Ramos, the futures of two other defensive options could be relevant for any signing of Alaba. Nacho is said by the report to have clubs who would offer him more first-team football than Los Blancos, while Militao has yet to make himself a first-team regular since joining from Porto last year.

4) The player’s wish – the wishes of Alaba are also relevant, of course. Whilst he is likely to leave Bayern, it is said that Chelsea and Paris Saint-Germain are also keen on the player.

5) Powerful rivals – the Blues and the Parisians have vast economic potential, even in the framing of Covid-19, and could make any move for Madrid particularly difficult. 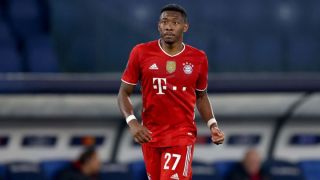