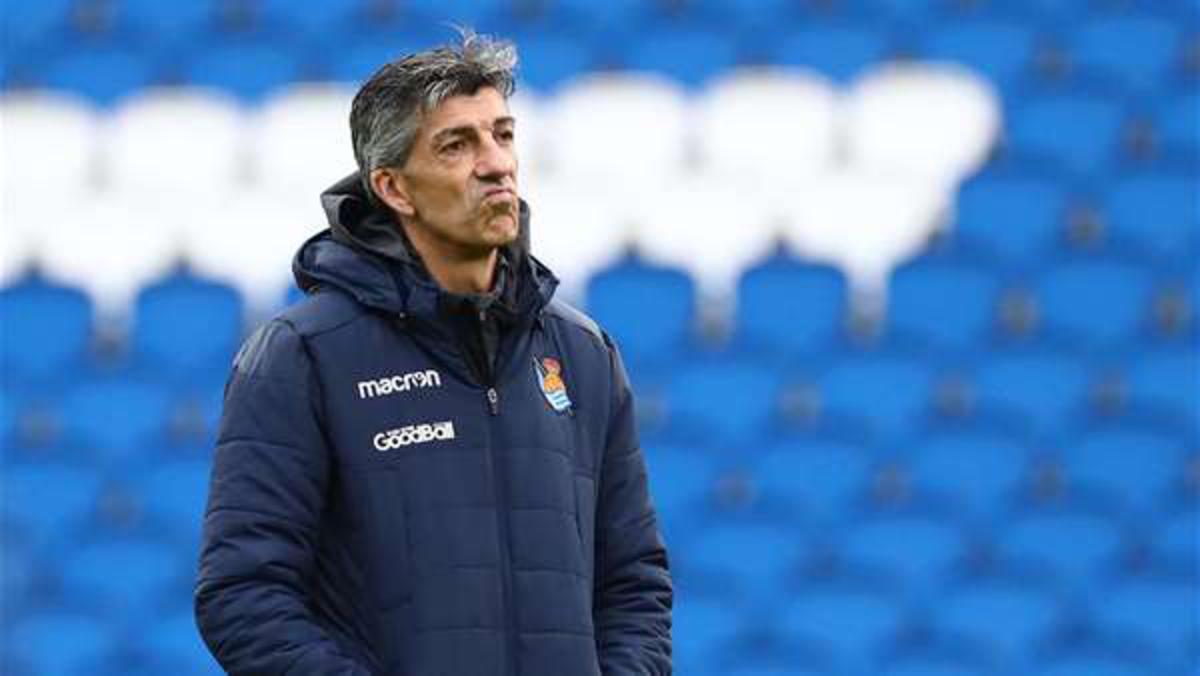 Imanol Alguacil: “It’s been a long time since I saw such an aggressive Barcelona”

Visiting coach Imanol Alguacil had a clear reading of the game post-match. “This is the best we’ve seen of Barcelona for a long time on a defensive level,” he said in comments carried by Marca.

“That speaks very well of them, of the respect they had for this game. It’s been a long time since I saw such an aggressive Barcelona. Even [Lionel] Messi was throwing himself on the ground to recover balls.

“It wasn’t fair that we were ahead as they had started better than us, but it was also true that, by leaving the game open, we could have gotten a draw but didn’t succeed.

La Real have seen a slight dip in form in recent times but Alguacil has such credit in the bank he’s been given the benefit of the doubt. “I have no doubts that this is the case, that is why we continue where we are in the league table,” he said.

“That’s why Barcelona has entered this game knowing the potential of the rival in front of them. If we’re this high up in the table it’s because we deserve it, and I think we’ve definitely left points behind us. Today we weren’t ourselves in the first half.”