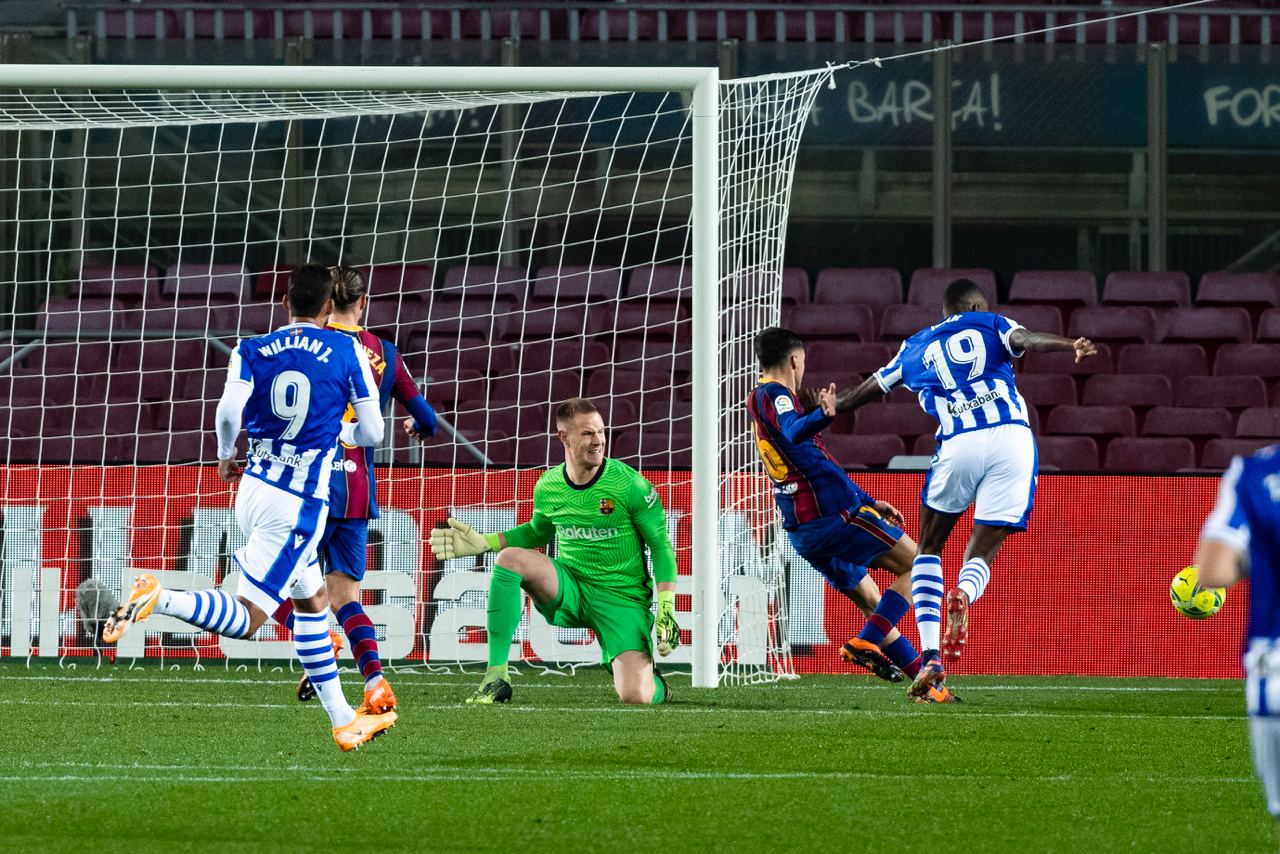 A smart corner routine ended up with Christian Portu delivering a dangerous ball across the face of goal to be met by Brazilian striker Willian Jose.

On the stroke of half-time, Barcelona had pulled away into a lead thanks to a maiden goal from pivot Frenkie de Jong.

A crucial moment arrived moments later, when Pedri made an astonishing challenge on Alexander Isak to prevent the Swedish striker to get his team back on level terms and in the process clattering into the post.

Pedri Omg he saved Barca.
He took the knock against the post for his team but he saved a goal.