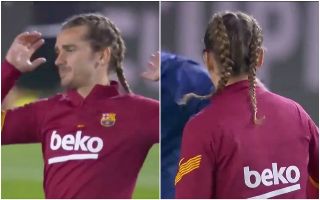 A smart corner routine ended up with Christian Portu delivering a dangerous ball across the face of goal to be met by Brazilian striker Willian Jose.

On the stroke of half-time, Barcelona had pulled away into a lead thanks to a maiden goal from pivot Frenkie de Jong.