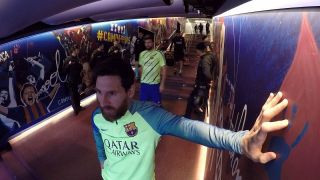 Barcelona‘s 1-0 victory over Levante this past Sunday evening was an important result.

The Blaugrana had to respond after consecutive defeats against Cadiz and Juventus and they delivered the goods in a tight game thanks to a goal from Lionel Messi.

It wasn’t however, the kind of joyful rout we’ve become accustomed to when Barcelona face La Liga‘s lesser lights.

According to the Levante players in comments carried by Diario Sport, the Blaugrana were practically mute on the pitch and devoid of emotion and noise in the dressing room after the game.

“They didn’t even talk to each other on the pitch,” one said. “They just discuss set pieces and that’s it.

“After the game, absolutely nothing was heard in the dressing room or in the tunnel. They seemed to show no satisfaction in beating us.”

It’s been a common criticism against this squad of Barcelona players, something coach Ronald Koeman moved to dismiss today when speaking of the great Christmas party they enjoyed yesterday.

In the eyes of certain opposition, however, this perceived lack of chemistry is more than rumour, but reality.

It’s not even said to be a negative atmosphere, but rather a cold, emotionless air of indifference. Some might view that as even more dangerous.