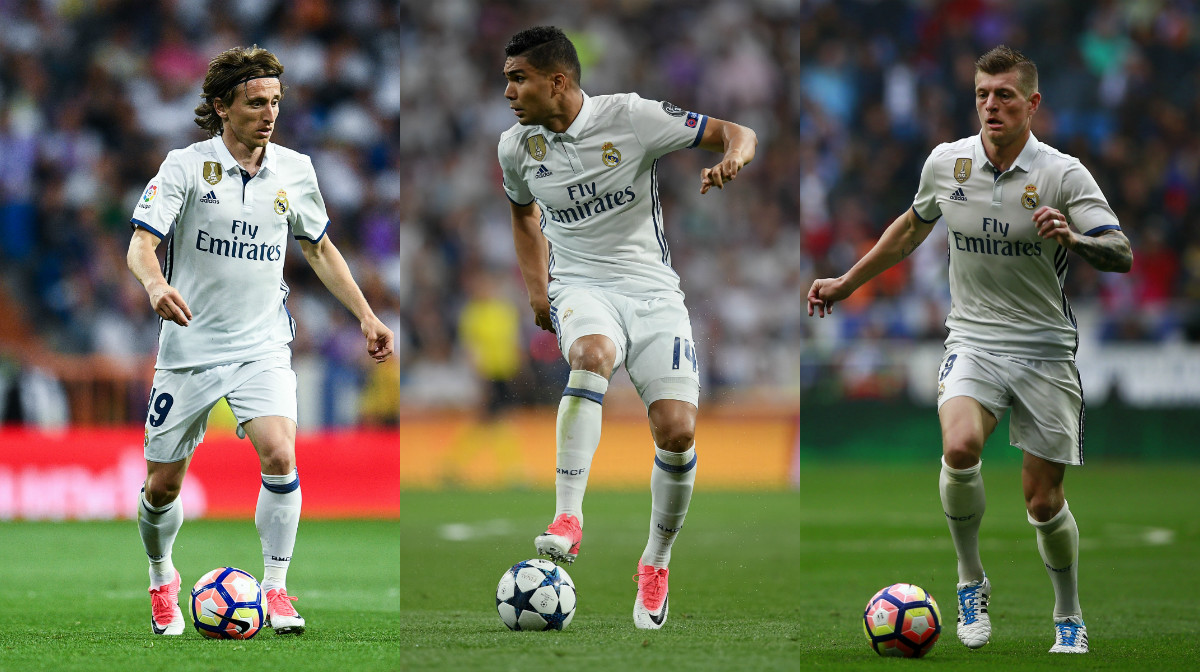 Real Madrid reaping the rewards of their Golden Triangle

Real Madrid‘s Golden Triangle, the partnership of Casemiro, Toni Kroos and Luka Modric in the centre of midfield, has coalesced this past week in a manner that has transformed their season.

“They are at the level of the Champions League three-peat,” Zinedine Zidane said after Los Blancos’ victory over Atletico Madrid on Saturday evening according to Marca.

This game-changing week began at the Sanchez-Pizjuan, when Madrid went to Sevilla in a crisis only to emerge victorious, with the aforementioned trio starting together for only the second time this season.

It was followed by a crucial Champions League clash against Borussia Monchengladbach on Wednesday evening and, finally, the Madrid derby, both games Madrid won comfortably.

Injuries to younger options Fede Valverde and Martin Odegaard opened the path for the three to co-habit the Madrid midfield and they haven’t disappointed.

All three have performed superbly in this most crucial of weeks, just like they did when the chips were down in Europe between 2016 and 2018.

Casemiro has been at his battling best, scoring a crucial opening goal in the Madrid derby. Modric has played with an effortless guile that belies his 35 years. Kross has operated with ruthless mechanical efficiency.

Despite their age and the impetus to blood youth, Zidane would be mistaken to look beyond this Golden Triangle when putting together his ideal starting XI, especially ahead of the last 16 of the Champions League in the new year.