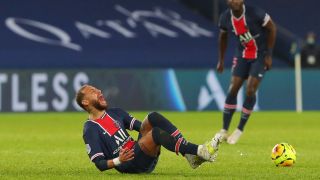 Neymar Junior: “My cry is of pain, despair, fear, anguish, surgery, crutches and other horrible memories”

Paris Saint-Germain forward Neymar Junior has broken his silence on the injury he suffered against Lyon yesterday evening.

PSG lost 1-0 and currently sit third in Ligue Un, a point behind both Lyon and Lille.

Neymar’s injury has come as a blow to the French champions as they prepare for their Champions League last 16 clash with Barcelona, his former club.

The first leg is scheduled to take place at Camp Nou on February 16th, giving the Brazilian just over two months in recovery time.

Neymar, for his part, has broken his silence on the injury using Instagram as highlighted by Marca.

“My cry is of pain, despair, fear, anguish, surgery, crutches and other horrible memories,” he wrote, accompanied by a picture of the immediate aftermath of the challenge, from Thiago Mendes, that caused the injury. 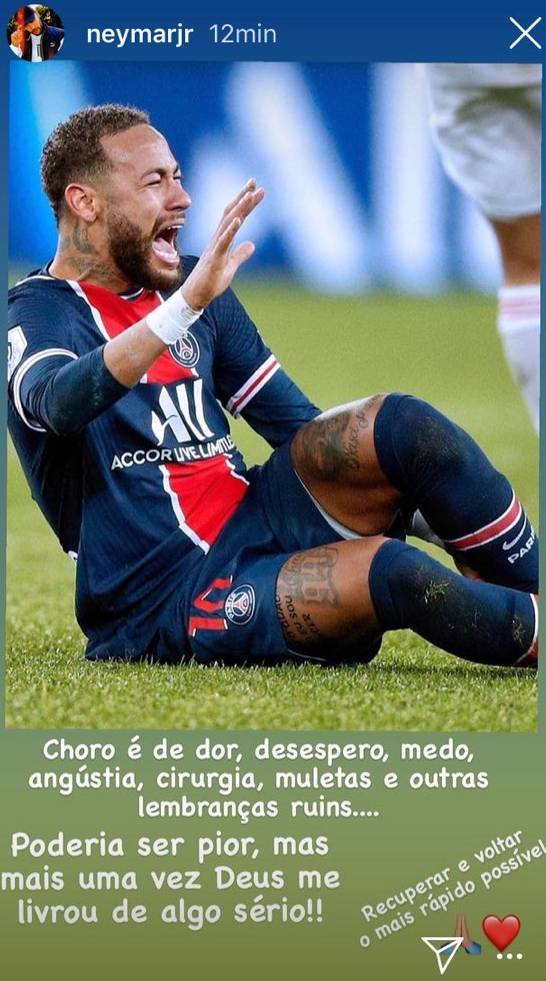 He did, however, include a message of hope.

“It could be worse, but once again God has saved me from something serious,” he added.

Doctors have ruled out a fracture in his ankle on first examination.

According to PSG the initial evaluation was positive and that the left ankle is sprained rather than something more serious. He’s due to undergo further testing in the next 48 hours.

Neymar has spent the majority of his professional career in Spain with Barcelona, where he formed part of the lethal MSN strike force alongside Lionel Messi and Luis Suarez.