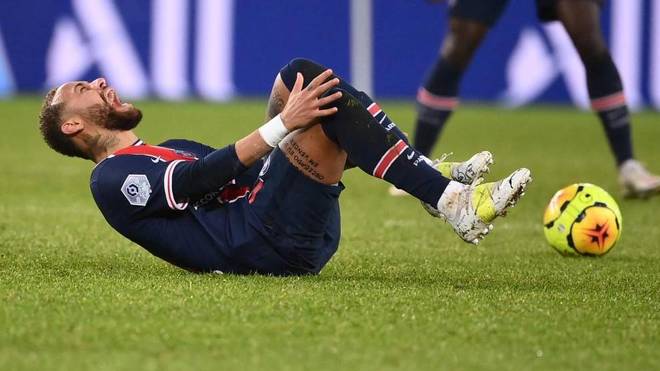 Paris Saint-Germain star Neymar faces a race against time to be fit to face his former club Barcelona in the Champions League knockout stages after suffering an ankle injury.

The Champions League draw for the Round of 16 took place on Monday morning and pitted the French champions against the Blaugrana, in a repeat of the famous meeting between the sides at this stage of the competition four years ago.

The Brazilian was the star of the show in the second leg for the Catalan giants as they completed a famous remontada to recover from losing the opening leg 4-0 to win 6-1 in the Camp Nou, before joining the Parisians months later.

As outlined by Marca via Le Parisien, Neymar did not suffer an ankle fracture against Lyon on Sunday night but Barcelona news will now focus on whether or not he can return in time for the first leg in late February.

Whilst there is no fracture, the player fears for his ligaments in his ankle, which came following a late poor challenge from Lyon’s Thiago Mendes who was subsequently sent off.

PSG slipped to third in Ligue 1 following the match, which saw them lose 1-0 in the French capital.

Barcelona look for reasons to dream as Neymar enlists Nene to help his recovery
8 December 2021, 17:12

Neymar recruits former Brazilian footballer Nene to help him with his recovery
8 December 2021, 16:33