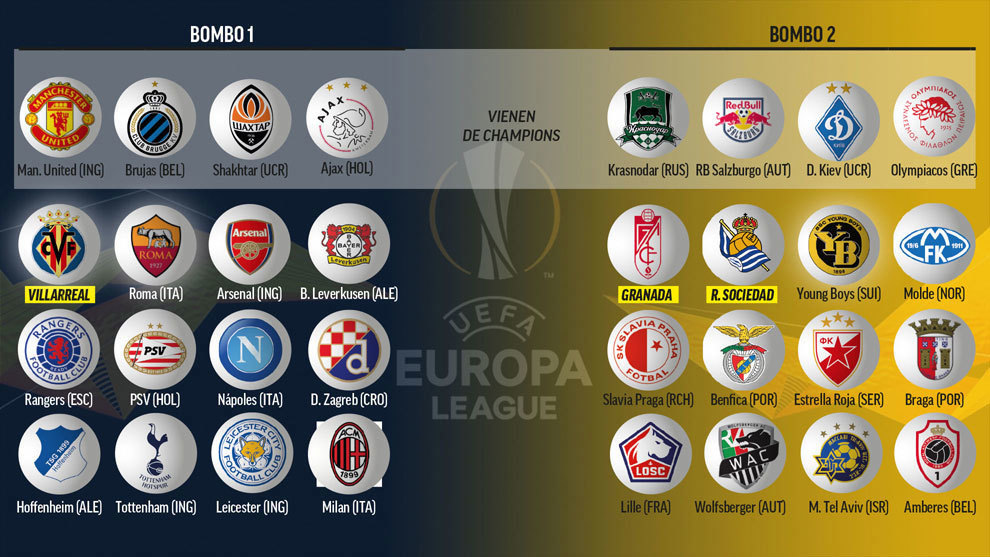 The draw for the Round of 32 in the Europa League has handed the three remaining Spanish clubs tough games as La Liga leaders Real Sociedad play Manchester United.

The two clubs have not met since the group stages of the 2013/14 Champions League, when United won at home 1-0 before a 0-0 draw in San Sebastian – when David Moyes managed the Red Devils, before later managing La Real.

There were a standout Europa League draw too for Granada, who will take on Italian giants Napoli while Villarreal will take on Austrian high-flying club RB Salzburg.

Europa League Round of 32 draw: