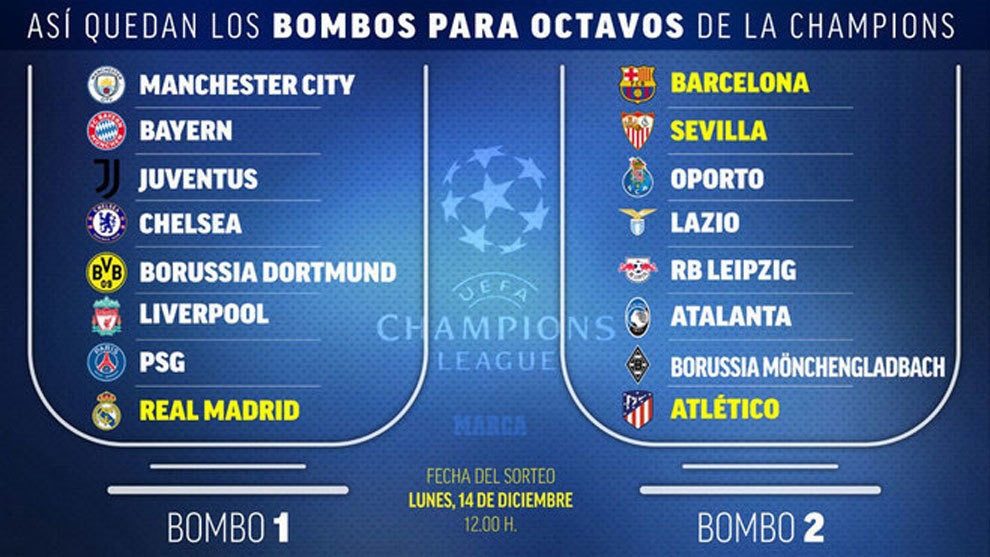 The four remaining Spanish sides in the Champions League have discovered their fate following Monday’s draw for the Round of 16 in the competition.

Barcelona – who last won the competition in 2015 – have been pitted against Paris Saint-Germain in arguably the tie of the round.

The game will pit the Catalan giants against the side whom they memorably knocked out at this stage four seasons ago following their remontada at the Camp Nou, with Neymar facing his former club.

There is a repeat of the 2014 semi-final in the Champions League draw as Atletico Madrid take on Chelsea, while record holders Real Madrid take on Italian side Atalanta while Sevilla are paired with Borussia Dortmund.

Champions League Round of 16 draw