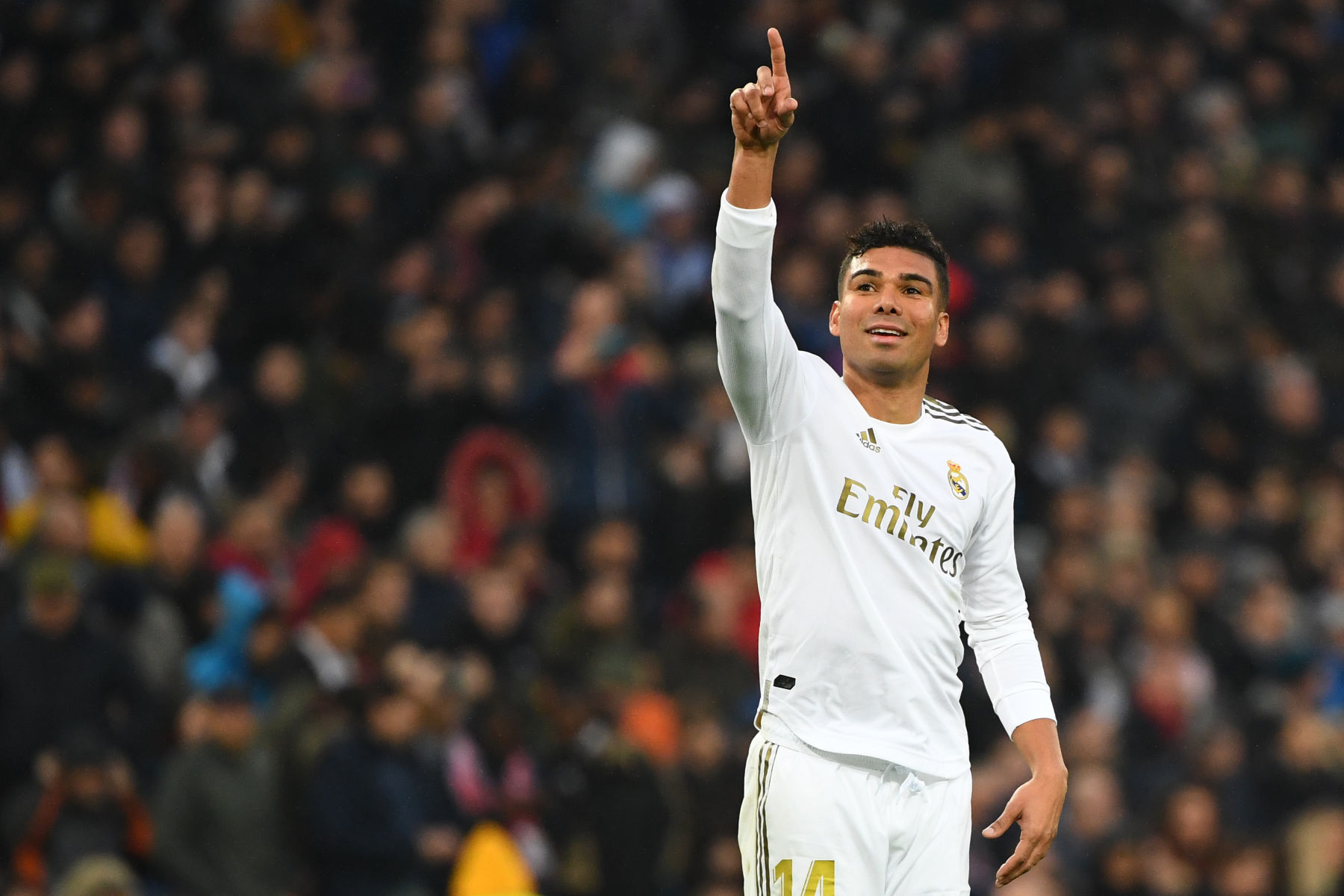 Real Madrid midfielder Casemiro will be eligible to face Athletic Bilbao on December 15 despite picking up his fifth booking of the season against Atletico Madrid.

The Brazilian international opened the scoring for Zinedine Zidane’s side in their 2-0 derby win over Diego Simeone’s side this weekend.

However, he was cautioned by referee Mateu Lahoz for a foul on Joao Felix on 34 minutes, earning him an automatic one game La Liga suspension.

However, as per reports from Diario Sport, a loophole in the fixture scheduling means his suspension will be delayed until next weekend’s clash with Eibar.

Real Madrid’s trip to San Mames is classed as the same game week as their win over Los Rojiblancos, with Zidane’s side still playing catch up following a delayed start to the 2020/21 season.

Los Blancos are also required to play additional fixtures before the end of 2020 due to their involvement in the 2020/21 Spanish Supercopa in January.