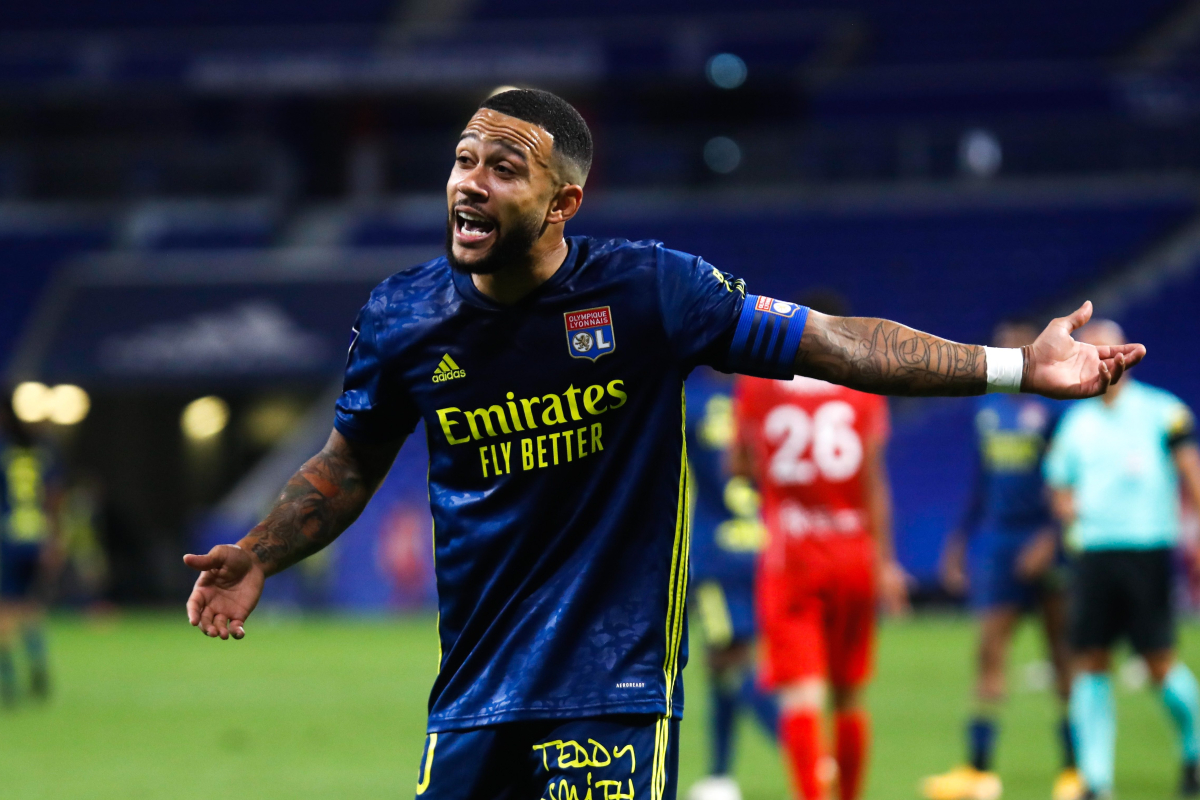 Barcelona have long been reported to hold an interest in Lyon’s Dutch forward Memphis Depay.

Coach Ronald Koeman worked with him for the Dutch national team and is said to be a great admirer, believing him to be an ideal attacking option to bring into the club.

The rumour mill in recent times has suggested that Depay, alongside Manchester City centre-back Eric Garcia, is the Blaugrana’s top transfer target this winter.

Depay was close to joining Barcelona last summer only for the club’s wage bill problems to prevent the move from happening, and now another problem has arose.

Paris Saint-Germain have joined the race for the forward according to Mundo Deportivo, attracted by the fact his contract with Lyon runs out this summer.

PSG are said to prefer the idea of bringing Depay in on a free transfer so the ball is very much in his court. It remains to be seen whether he’ll push for Barcelona over PSG or whether Koeman can make the deal happen in January.