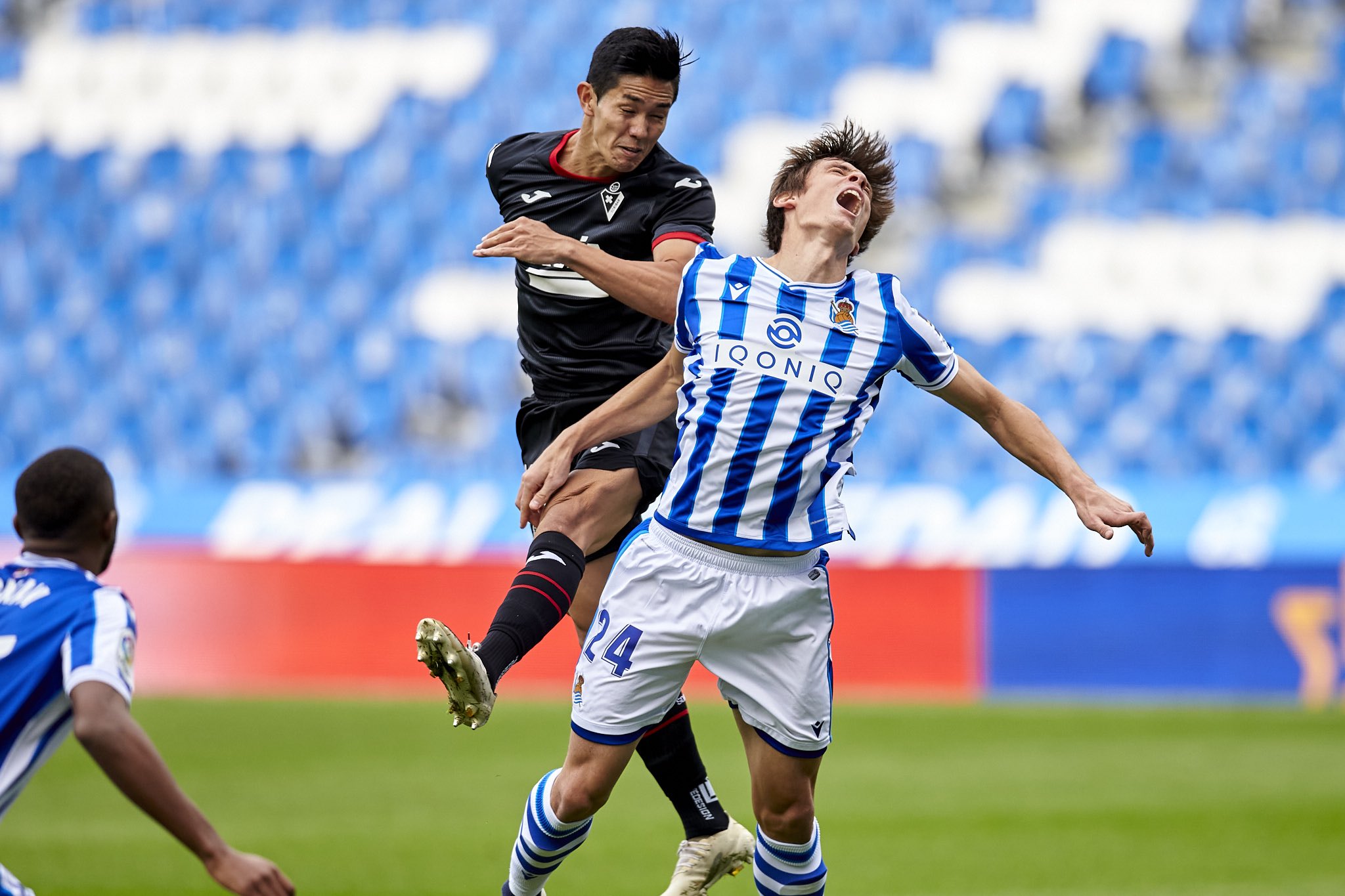 Real Sociedad drew 1-1 with Eibar at Anoeta this afternoon in an all-Basque affair.

Eibar went from 13th to seventh courtesy of a better goal difference than Granada.

The Basque side qualified for the last 32 of the competition in dramatic late style. Eibar, by contrast, hadn’t played since last Monday.

The hosts welcomed back David Silva to the matchday squad with the playmaker returning to the bench after a period out.

He came on in the 69th minute to mark his return to first team action with an appearance against his former club. Silva spent 2004/05 on loan at Eibar while on the books at Valencia.

La Real started well and took the lead after 20 minutes through Ander Barrenetxea only for Eibar to equalise in the 66th minute through Sergi Enrich.

The hosts thought they had found a winner inside the final ten, but Igor Zubeldia‘s effort was ruled out after a VAR review.

Next up for La Real is a massive midweek trip to Barcelona before locking horns with Levante next Saturday evening. Eibar face Real Madrid next Sunday before a midweek battle with Alaves.