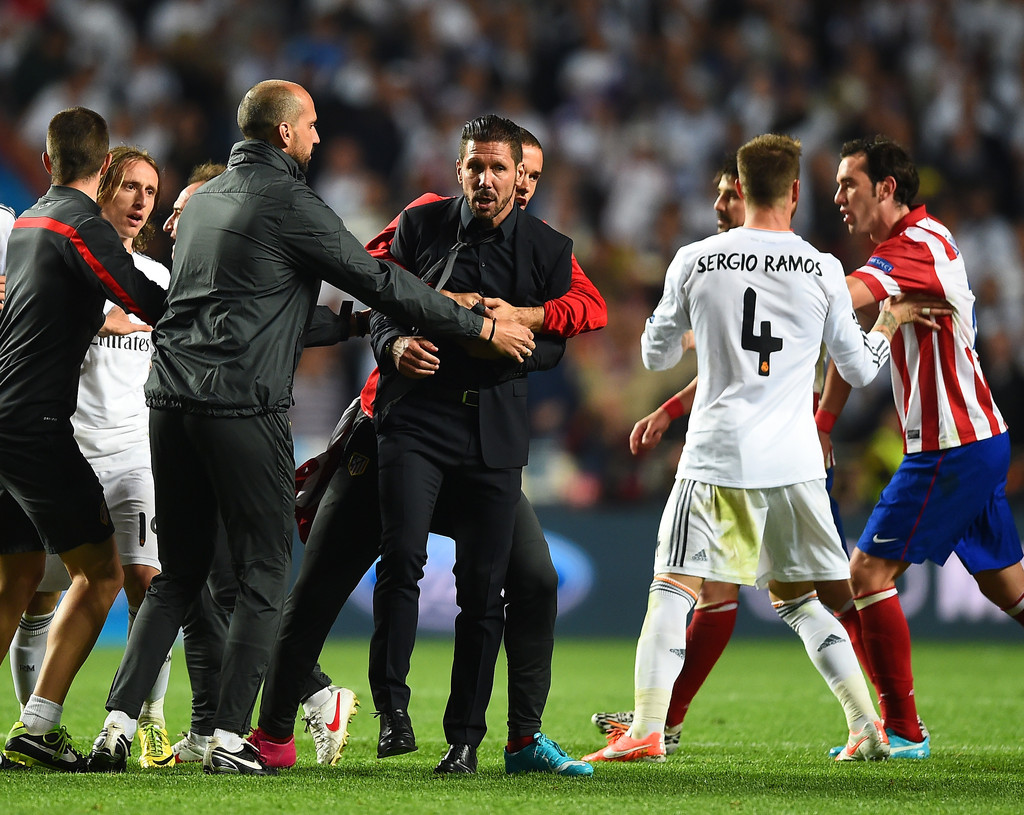 There’s still a lot of football to be played but the Madrid derby at the Alfredo Di Stefano this evening could be crucial in determining the destination of this season’s league title.

Atletico Madrid, top of the table, visit Real Madrid six points ahead and with a game in hand. Victory for Los Rojiblancos could see them consolidate their position and underline their status as, however much they may dispute it, favourites to win the title.

For Los Blancos, this is their third final in the space of a week. They’ve won the first two, against Sevilla and Borussia Monchengladbach, and will be hoping that their good form continues when they lock horns with their city rivals.

Captain Sergio Ramos returned to the starting lineup for their clash with Monchengladbach after injury and is in line to make his return to league action this evening. Dani Carvajal has also returned to the fold after his injury.

Real Madrid have announced their starting XI to take on league leaders Atletico Madrid tonight. Sergio Ramos makes his first league start since his injury while Dani Carvajal returns to the fold. https://t.co/eCObE68i31

For Atletico, Diego Simeone has gone with Joao Felix and Luis Suarez to lead the line while Hector Herrera starts over Saul Niguez in the middle of the park. Yannick Carrasco has also been given a starting berth after his excellent turn against RB Salzburg.