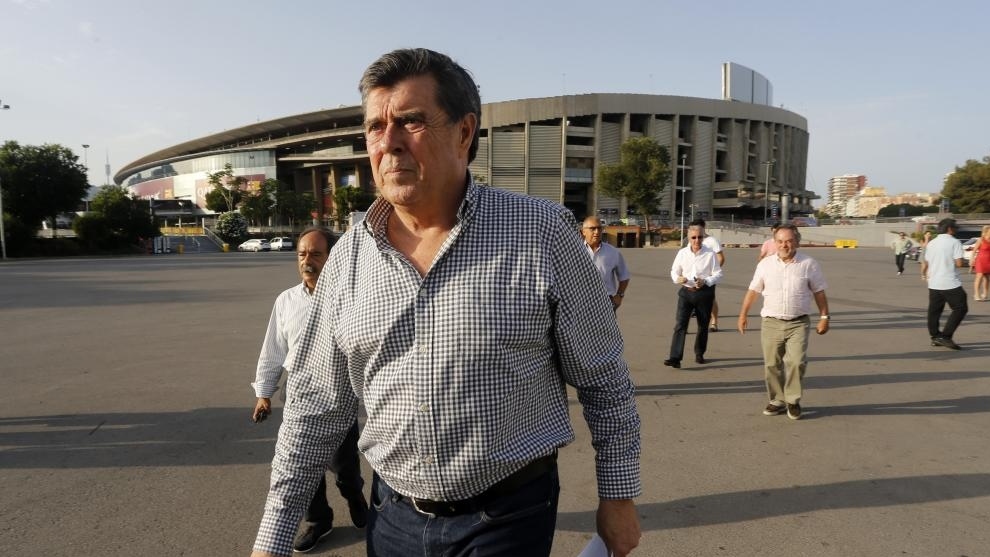 Barcelona prospective presidential candidate Victor Font has disassociated himself with Jordi Majo (pictured just hours after the former candidate backed his bid, due to “racist” comments.

Majo – agricultural entrepreneur – is said to have made comments described as “racist” by Marca with Catalan media saying that he had been disqualified based on the evidence of his former posts on social media, which have now come to light and were subsequently deleted.

Majo came third in the Blaugrana’s presidential elections in 2003, which were won by Joan Laporta, and he had thrown his weight behind Font in this campaign for January’s election – but they have now disassociated themselves from him.

A statement from Font’s campaign read, as per Marca: “We have had knowledge of expressions expressed by Jordi Majó on social networks that are absolutely incompatible with the principles of Sí al Futur, based on the most scrupulous democratic culture.

“Faced with this situation, Sí al Futu has decided to completely terminate Jordi Majó’s relationship with the candidate.”