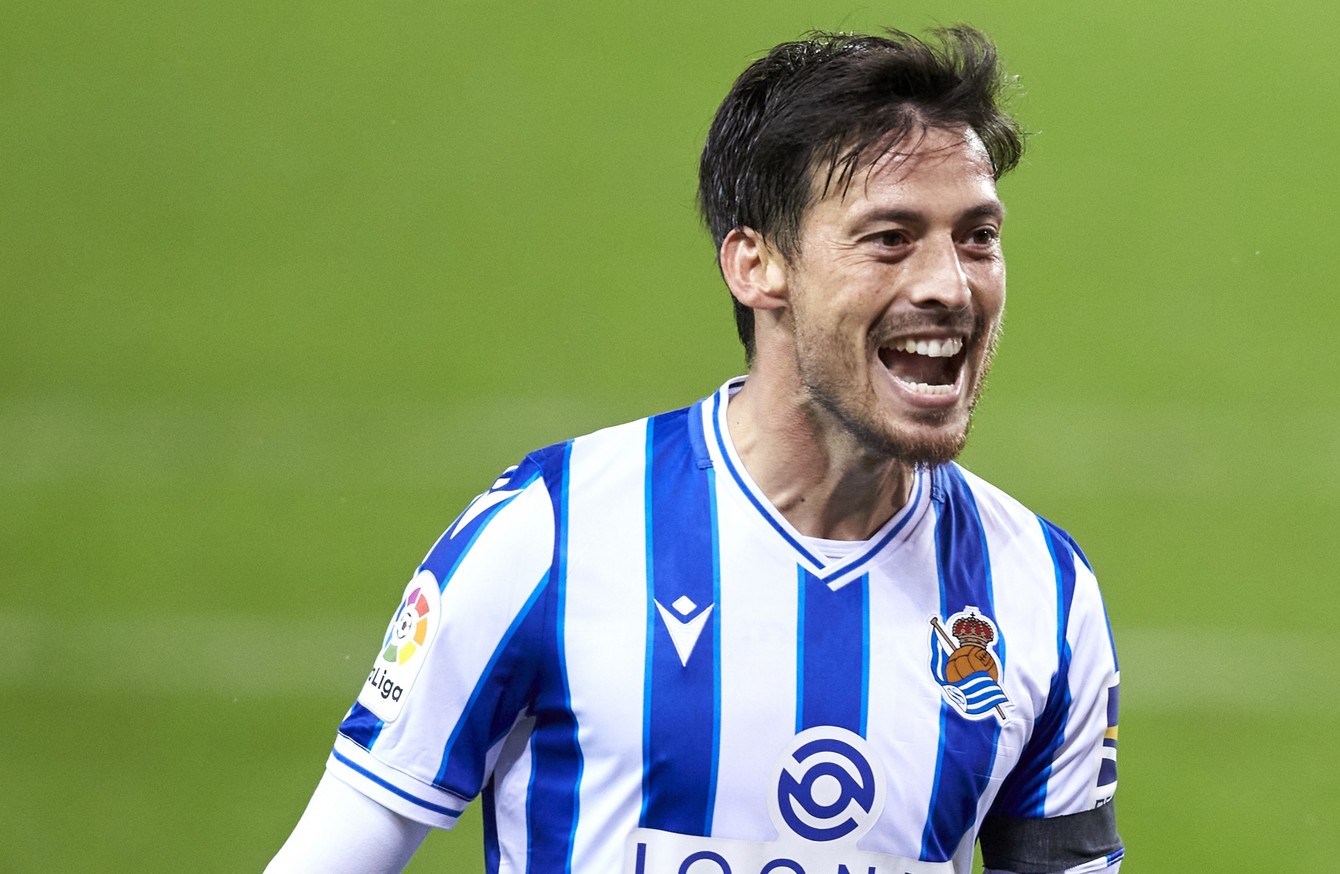 David Silva trained at full capacity on Thursday, the day after Real Sociedad qualified for the last 32 of the Europa League in dramatic fashion against Napoli.

Silva missed that game alongside the talismanic Mikel Oyarzabal, who picked up an injury against AZ Alkmaar last Thursday.

Silva is expected to be in contention to start this weekend while Oyarzabal will stay sidelined according to Mundo Deportivo.

La Real face Eibar at Anoeta on Sunday afternoon, and the return of Silva, should it happen, will be a boost to coach Imanol Alguacil.

The playmaker from the Canary Islands has missed the last two matches against Alaves and Napoli.

The clash with Eibar underlines the difficulty La Real have faced and will face in balancing European and domestic commitments this season.

Eibar played on Monday and have had nearly a full week to recover, while La Real played an emotionally draining fixture in Italy on Thursday.

Asier Illarramendi continued his rehabilitation process by training with the group, while Guridi and Sangalli join Oyarzabal in being ruled out for Sunday. Moya is a doubt.

They’ll be hoping to get back to winning ways after drawing against Alaves and Villarreal in their last two league fixtures.

Featured image courtesy of The42.