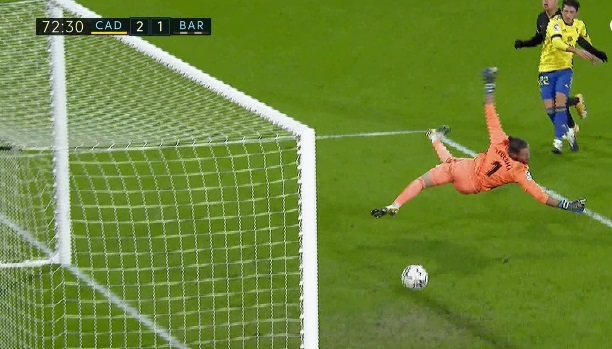 Data from Europe’s top five leagues – Spain, England, Italy, Germany, France – has shown Barcelona have the highest possession of any team, with Cadiz having the lowest.

The information is highlighted by Marca and comes in the same week that the Andalusian club – back in the top-flight for the first time since 2006 this season – defeated the Blaugrana 2-1, and they sit four places above them in the La Liga standings.

Barcelona (64 percent average possession) are the highest team in Europe’s top five leagues by this measurement, with Sevilla (61.5 percent) and Real Madrid (60.2) the other Spanish clubs in the top ten.

Cadiz (32.1 percent) have the lowest average ball possession while another La Liga club, Alaves, are second-from bottom (38.1 percent) while Real Valladolid are the tenth lowest (41.5 percent).