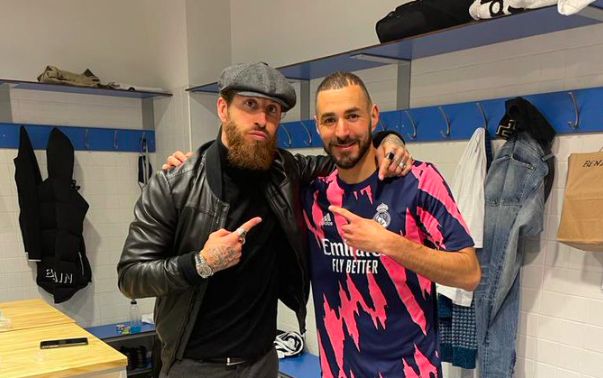 The game also marked the return of captain Sergio Ramos, so the mood afterwards was, as to perhaps be expected, jubilant. Ramos took to social media to post a picture with him and Benzema in the dressing room after the match.

Era el día, era la hora, era el momento.
¡Somos el @realmadrid!
This was the day, the moment, the time. We are #RealMadrid!
Congrats on the brace, @Benzema!!#HalaMadrid pic.twitter.com/074gVpsGMT

The Frenchman was still in a tracksuit, while the Sevillano was, in typical Ramos style, already all dressed up as observed by Mundo Deportivo. Luka Modric commented on the post on Instagram asking “where have you parked the horse?”