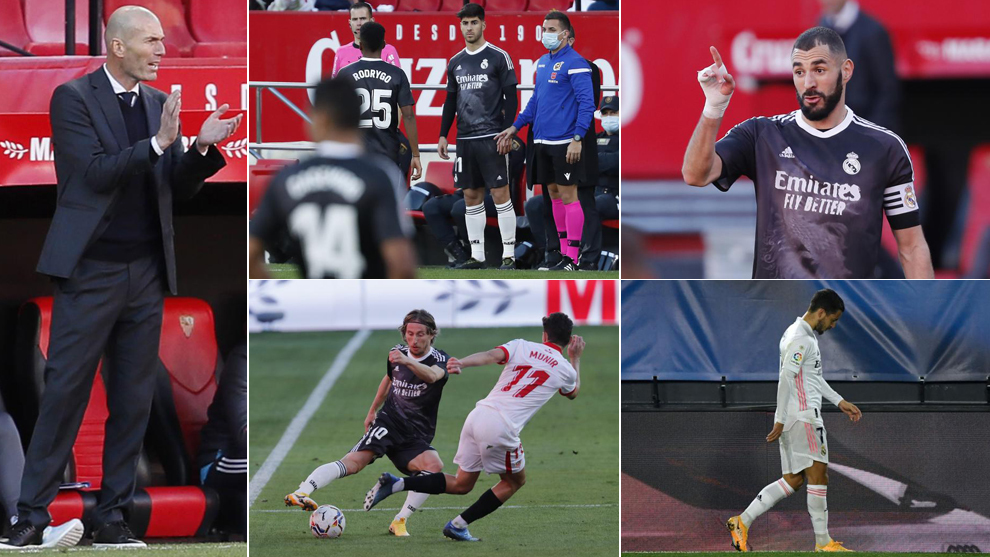 Real Madrid: Calls for Zinedine Zidane to make greater use of squad

A report in Marca has called on Zinedine Zidane to utilise more of his squad at Real Madrid if they are to have a successful season.

The influential outlet has called on the Frenchman to make greater use of substitutes and give more minutes to peripheral figures in the squad.

The report claims that only 12 or 13 players can be considered regulars and that is too low a number to be successful over the course of a campaign.

Real Madrid news has been focused on a concerning run of form recently but Saturday’s 1-0 win at Sevilla went some way to alleviating an element of that pressure.

However, the report highlights how Los Blancos used just one of a possible five substitutes for the win in Seville – when Marco Asensio emerged in the 66th minute.

Furthermore, there were not any other players even warming up for the remainder of the match and the suggestion is that Zidane must consider more rotations and giving minutes to more first-team squad members.