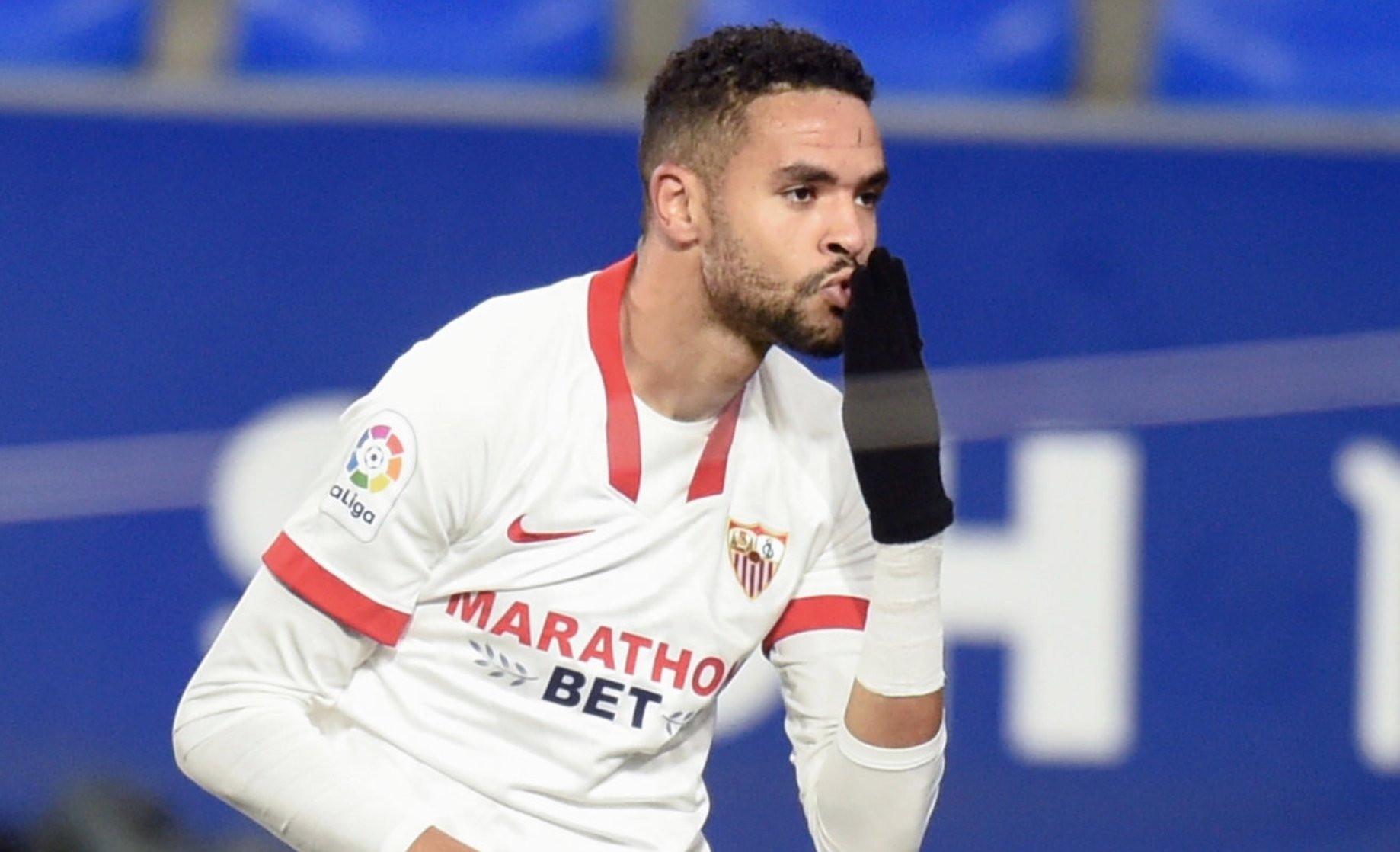 Watch: Youssef En-Nesyri gets his second and Sevilla’s third in France

Sevilla beat Rennes 1-0 in the return fixture at the Ramon Sanchez Pizjuan back at the end of October, with Luuk de Jong scoring the sole goal. The French side went into the game bottom of Champions League Group E with just a point to their name.

The visitors took the lead on the half-hour mark, through French defender Jules Kounde, one of the highest-rated young talents in European football right now. The ball fell to him at the edge of the box and he unleashed a delicious half-volley into the far corner.

Then, on the stroke of half-time, Sevilla made it 2-0. Youssef En-Nesyri, the Andalusians’ Moroccan striker, broke across goal before directing an accurate header into the left side of the net.

En-Nesyri grabbed Sevilla’s third and his second inside the final ten, latching on to a smart through ball before finishing coolly and putting his team firmly in the driving seat.