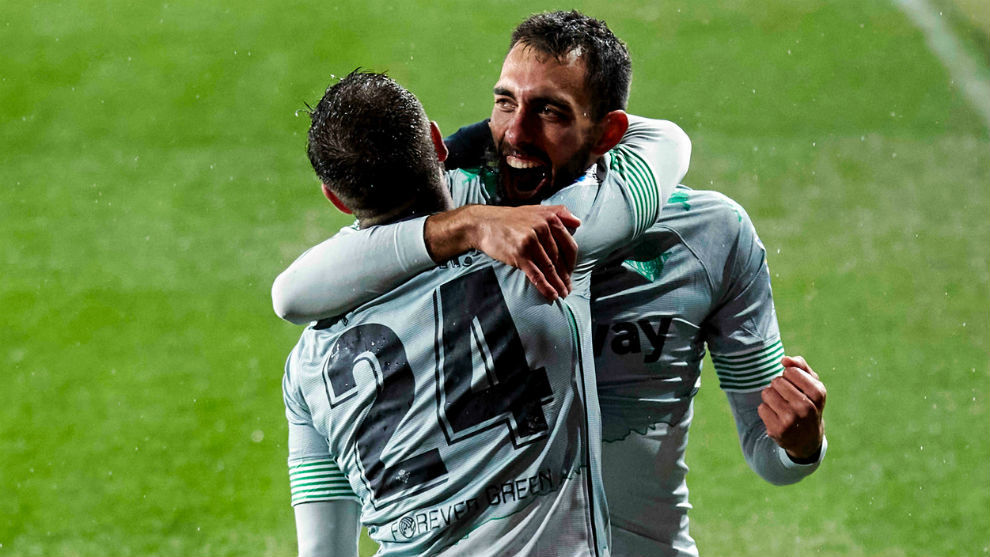 Borja Iglesias opened the scoring for Real Betis in Sunday’s La Liga victory at Osasuna to end his remarkable goal drought for the club.

His last goal arrived in a 3-1 home victory over Real Sociedad for Los Verdiblancos last campaign, all the way back on January 19 – 322 days before Sunday.

The 27-year-old had gone a whopping 25 matches without finding the net in the timeframe since, as highlighted by Marca.

Iglesias joined Betis from Espanyol in the summer of 2019 for a notable €28m fee but has struggled badly in front of goal, scoring just four goals for the club in his 46 appearances to date, including on Sunday.

It followed the Spaniard being prolific in each of his previous three seasons across three different clubs.

He netted 34 goals for Celta Vigo’s B side in the 2016/17 side in Segunda B, before hitting 23 goals for Real Zaragoza the following campaign and then, most impressively of all, 23 times for Espanyol in the 2018/19 season before joining the Seville-based club.