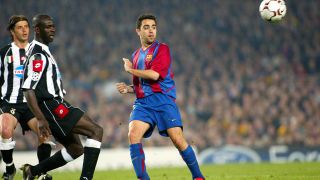 Juventus remember past glories against Barcelona with provocative tweet

Barcelona face Juventus this evening in a battle for top spot of their Champions League group.

Both sides have already secured their place in the last 16 of the competition and Barcelona hold the upper hand in the race of first place in their group.

The Blaugrana beat Juventus 2-0 in Turin back in October, so should the Italians, currently three points behind the Catalans, wish to finish above them, they’ll need to better that scoreline tonight at Camp Nou.

There’s a lot other than that riding on the game, however. Both clubs, giants of the European game, are performing below their usual standards domestically and will want to lay down a marker with a positive result.

As well as this, there’s also the small matter of a duel between Lionel Messi and Cristiano Ronaldo, the first since the latter left Real Madrid and La Liga in the summer of 2018.

Juventus, for their part, have issued a provocative tweet to remind their Catalan counterparts of a goal that knocked them out of the Champions League back in 2003 as noted by Mundo Deportivo.

The pair played at Camp Nou, just like they will tonight, in late-April. They drew 1-1 in the first leg in Italy so had everything to play for. Juventus went 1-0 up through Pavel Nedved before Xavi equalised.

Then, in extra-time, substitute Zalayeta scored a winner, and it was this that Juventus’s social media team took care to remind Barcelona of, writing “maybe you remember this too”. Barcelona will be hoping they get the last laugh tonight.