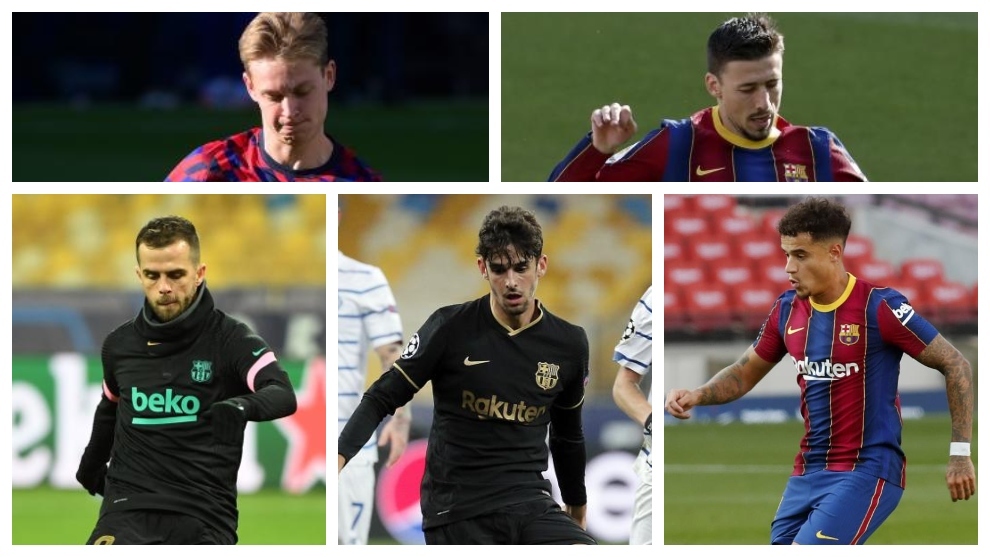 The five Barcelona stars whose underperformance highlight the club’s struggles

There are five players at Barcelona whose underperformance in recent times mirrors the club’s alarming form, according to analysis from Marca.

The first player outlined is Philippe Coutinho, for whom there had been hopes that his season at Bayern Munich had made him a better player and in a rich vein of form but he has once again failed to replicate that level of performance at the Camp Nou.

Next up is Frenkie de Jong, who the report claims has made just three ‘great’ performances for the Blaugrana since joining from Ajax in 2019 despite appearing to be readymade for the team and with the club’s ‘DNA’ engrained following his upraising at Ajax.

Central defender Clement Lenglet is another player whose underperformance has been highlighted and it is said that his level of performance has suffered a sharp decline this calendar year after an impressive and consistent opening to his time at the club.

Two summer arrivals are also said to have not elevated their performance above mediocre so far – Miralem Pjanic and Francisco Trincao have not added anything positive to performances so far.