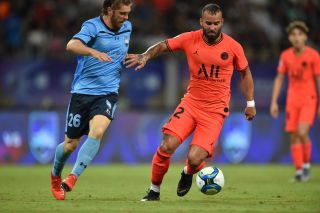 Paris Saint-Germain has terminated the contract of former Real Madrid player Jese Rodriguez according to Diario AS.

Jese’s contract was due to end in June 2021 but both parties are said to have reached an amicable agreement to separate their paths.

The Spaniard has played just 22 minutes so far this season and is said to not be in the thinking of coach Thomas Tuchel.

The 27 year-old arrived at PSG in 2016, joining from Madrid. He played 18 games for the club and scored two goals, winning Ligue Un, a French Cup and a French Super Cup. PSG wished their now-former player all the best for the future in a statement.

Jese has never returned to the heights he promised at Madrid after joining PSG and enjoyed largely unsuccessful loan spells at Las Palmas, Stoke City, Real Betis and Sporting CP. He was earning a reported €420,000 per month as a PSG player.

Jese was close to joining another club at the end of the previous summer’s transfer market, only to stay put. It’s understood he wants to play the second half of the season and is expecting offers to come in the winter market.

Jese’s personal life has also been the subject of much debate in recent times, with allegations of infidelity all over the Spanish tabloids. His representative, however, stressed that it had nothing to do with the decision to part ways.