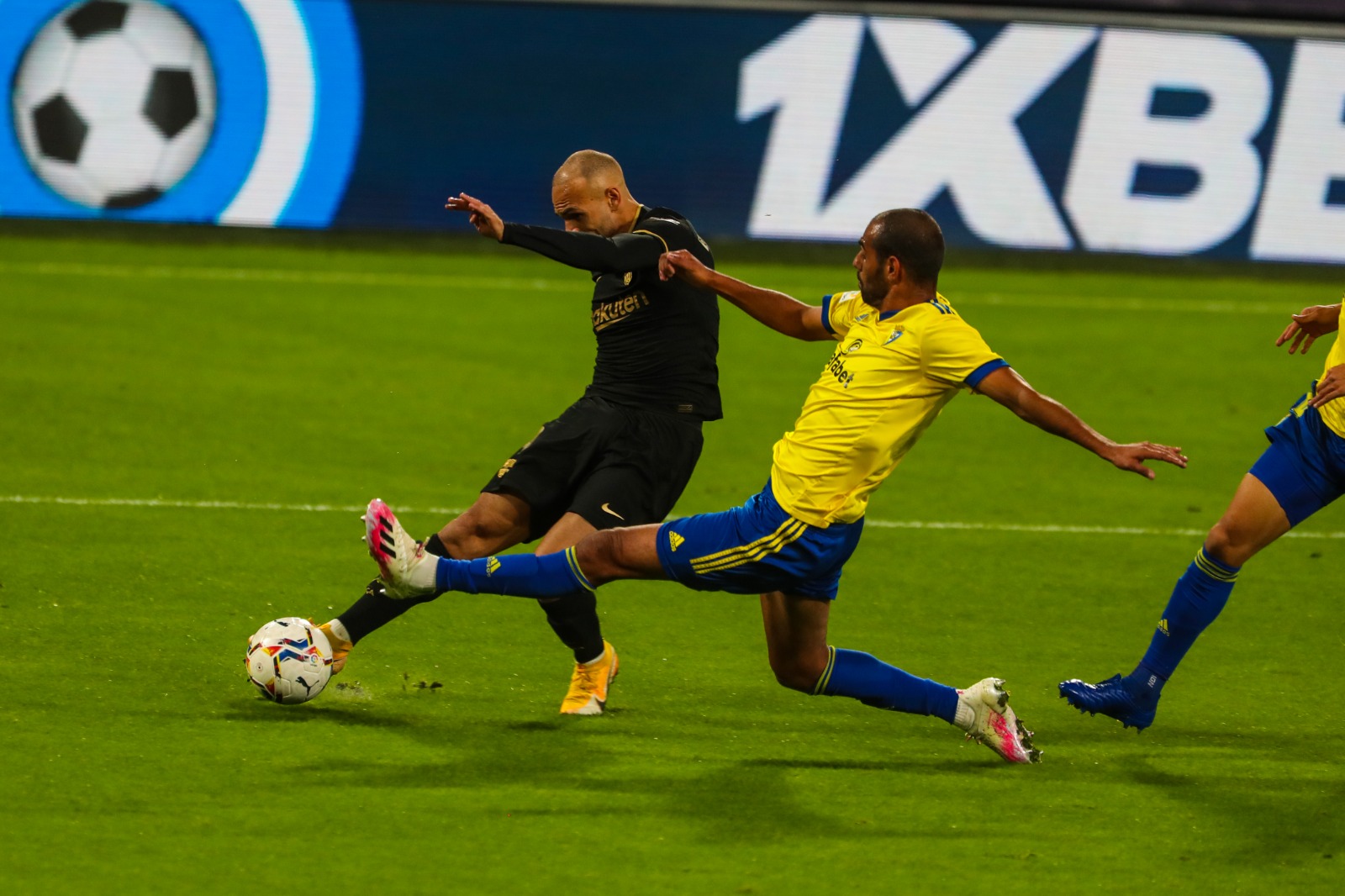 “Barcelona couldn’t afford another mistake, but what’s more was that Cadiz were ahead of them in the league table when the ball started rolling,” Barcelona legend Lobo Carrasco wrote in Mundo Deportivo.

“Ronald Koeman’s first problem came when the home side had their first offensive action. A corner came in, Fali knocked it on before Alvaro scored at the back post. A lot of Blaugrana possession undone by one Cadista slap.

“Barcelona crashed against a Cadiz intelligent in its tactics because there was no individual imbalance from the Catalans. A lack of movement on the outside failed to stretch Iza and Espino, helped by Jairo and Perea. It was impossible to move inside.

“Cadiz didn’t need to be anything more than orderly, and was built with lines well-assembled to its hinge, the Dane Jens Jonsson. Barcelona suffered due to their lack of verticality and their inability to win back balls quickly.”

The Catalans will also have to react domestically, facing Levante, Real Sociedad and Valencia in their next three games. Should they fail to get back on track in La Liga quickly, the narrative around Ronald Koeman’s supposed revolution will take a turn.