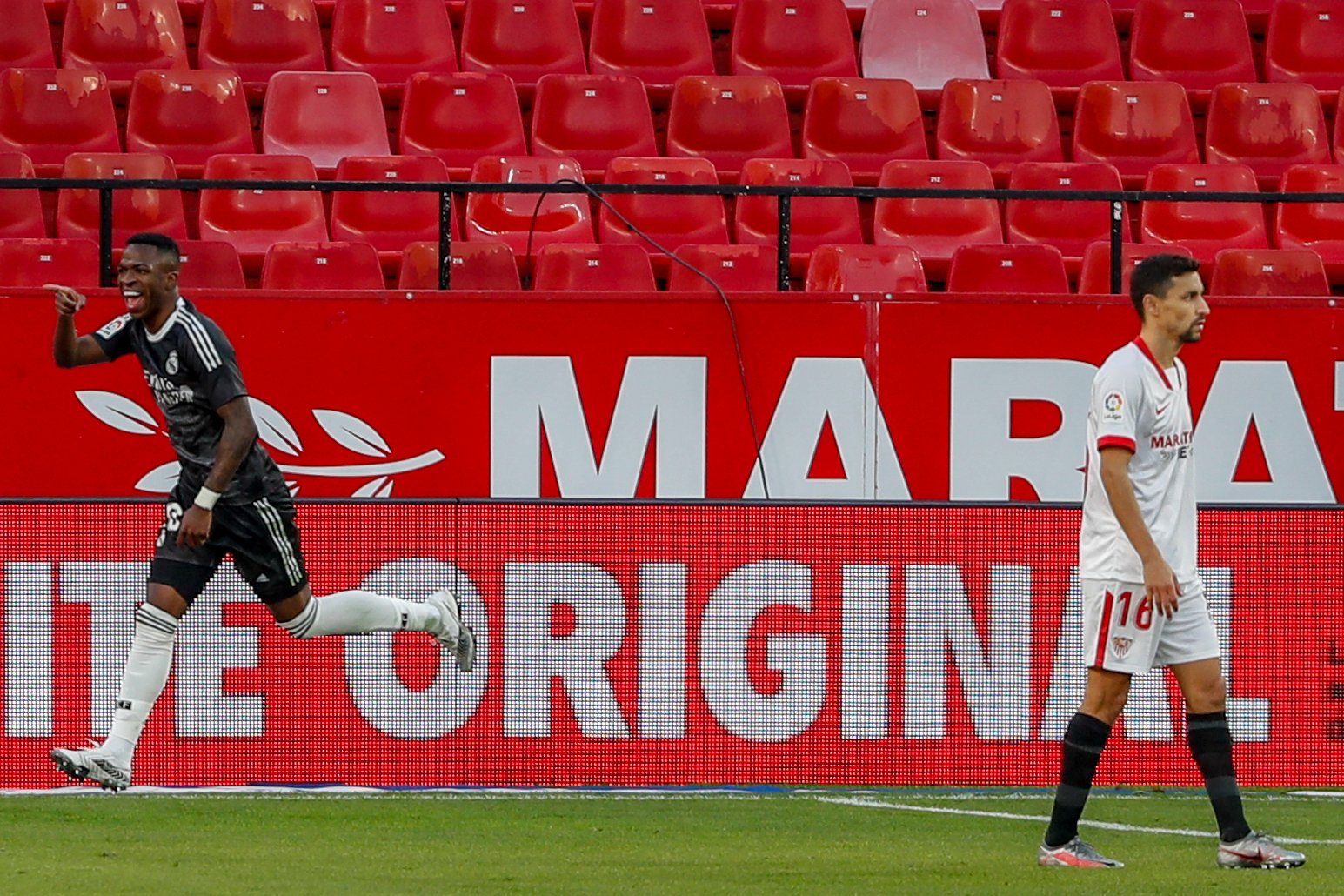 Vinicius Junior: “Today’s victory is very important for our confidence”

Sevilla faced Real Madrid at the Ramon Sanchez Pizjuan this afternoon with the opportunity to leapfrog their visitors into the top four with a victory.

It didn’t happen. Instead, an error from Sevilla goalkeeper Bono gifted Madrid a valuable 1-0 victory and three points on the road in what’s been a difficult period for both clubs.

Both suffered humiliation in the Champions League during the week. Sevilla got hammered 4-0 at home by Chelsea while Madrid lost 2-0 to Shakhtar Donetsk in Ukraine.

It makes the result all the sweeter. One man who was integral to the victory was Brazilian winger Vinicius, who was involved in a number of chances in the first half and was the one who directed the effort on goal that was spilled by Bono for the winner.

“The goal is mine, of course,” he claimed in his post-match interview in comments carried by Marca. “Today’s victory is very important for our confidence. We didn’t doubt anything, we knew we could win. Confidence and tranquility are always with us, we just have to keep working.”