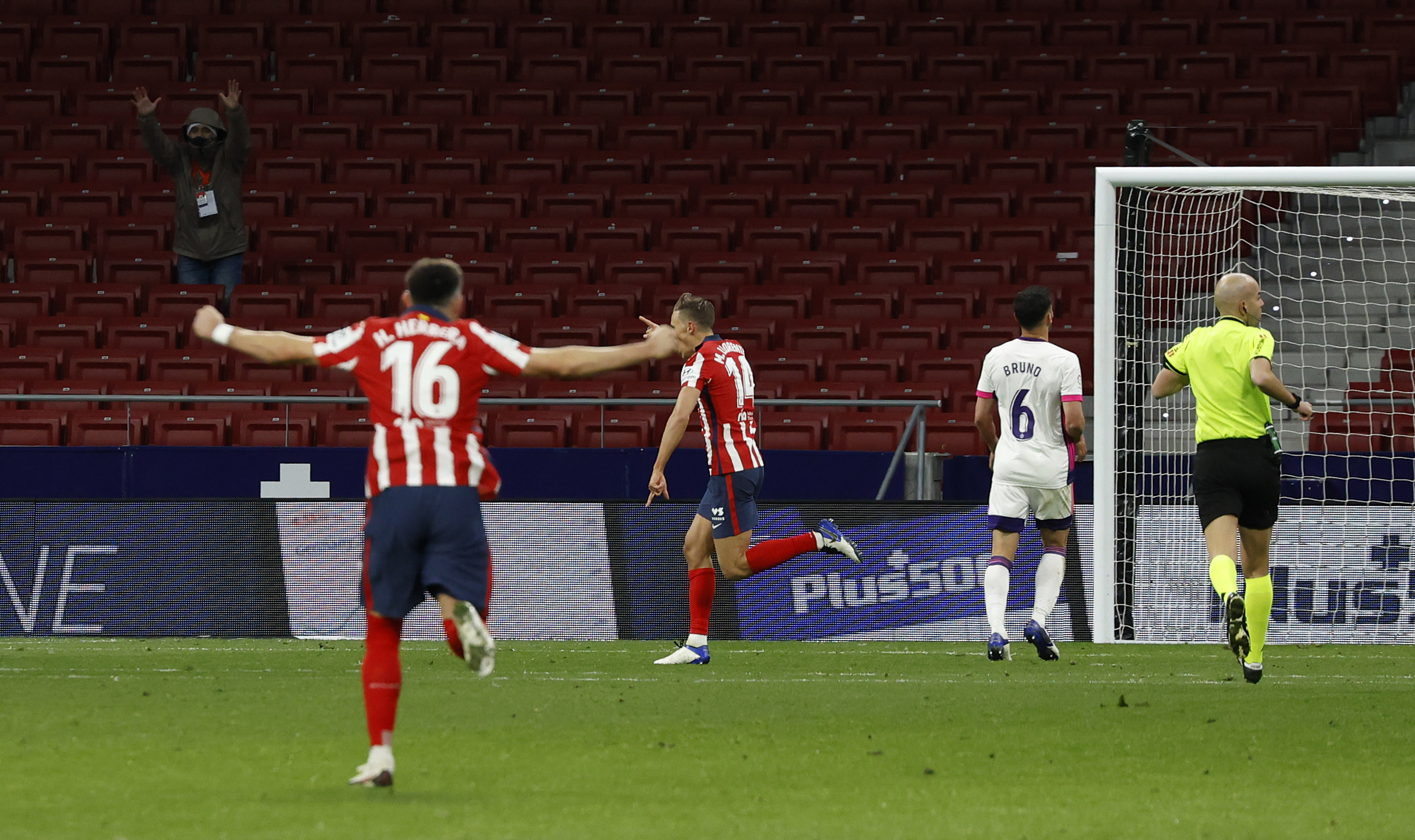 Atletico Madrid have moved to the top of the La Liga table with a 2-0 win at home to Real Valladolid.

Diego Simeone’s side extended their unbeaten start to the domestic season to 10 games as second half goals from Thomas Lemar and Marcos Llorente edged them ahead of Real Sociedad.

The hosts were on top right from kick off at the Wanda Metropolitano, as Angel Correa forced an early stop from Jordi Masip.

However, with Simeone’s team unable to find a breakthrough before the interval, Valladolid carved out chances for themselves to score, with Jan Oblak denying Oscar Plano and Marcos de Souza.

The visitors came close to doubling their lead in the closing stages as Masip saved Luis Suarez’s long-range drive, before Llorente eventually sealed the win on 72 minutes.

The Spanish international delayed his run into the box to gather in a pass from Joao Felix before calmly slotting past Masip.