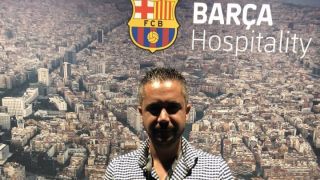 As highlighted by Superdeporte, Valencia were holding talks to re-sign the youth coach who previously worked at the Mestalla and who oversaw stars such as Kang-In Lee, Hugo Guillamon and Ferran Torres rise through the ranks at the club.

León is now set to work in the youth recruitment department at Los Blancos and he is renowned for his ability to persuade highly-talented teenagers to join clubs by sorting out their families situation within the city.

It is said by the report that Valencia chairman Peter Lim held talks with León recently regarding a return to the club but these ultimately proved unsuccessful and he is now on his way to the Spanish capital.

As cited by Diario AS, León has previously said: “I have a weakness for (former Madrid boss) Vicente del Bosque, I think he is exceptional in team management, ego management, conflict resolution. I think I could learn more things in a chat with him than studying a pile of books. Besides, I can relate to his way of understanding football.”