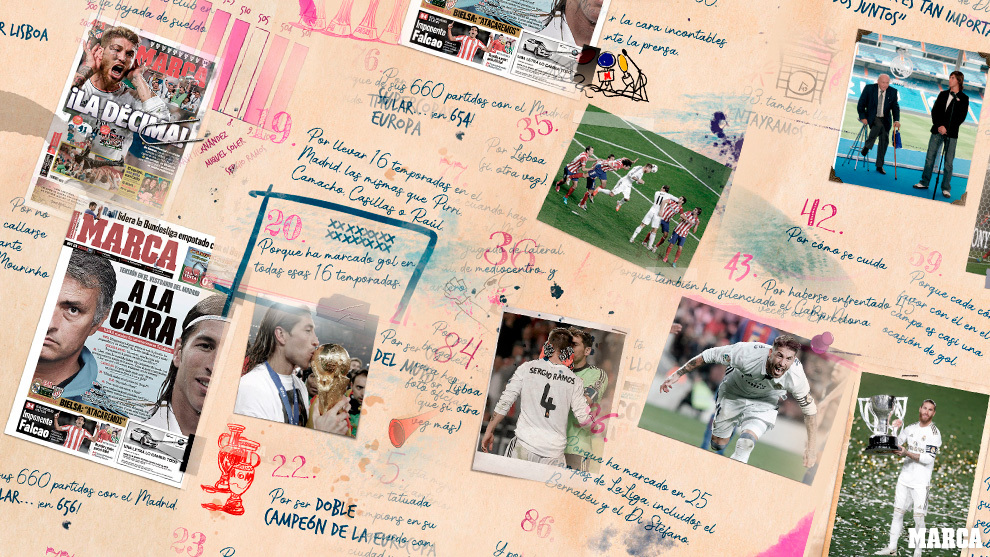 100 reasons why Real Madrid should renew contract of Sergio Ramos

Sergio Ramos is out of contract at Real Madrid next summer but Marca have outlined 100 different reasons why the club should renew their captain’s deal.

Much of the list is made up of the experienced defender’s glittering list of achievements, both personally and with his club and country.

Scoring 100 goals in 660 appearances for Los Blancos and he has won 22 trophies for the club including five La Liga titles and four Champions League crowns.

The Spain international has missed the recent La Liga clashes against Villarreal and Alaves and also sat out the Champions League ties against Inter and Shakhtar Donestk, while he will now also sit out this weekend’s crunch league trip to his former side Sevilla.

With Ramos out of contract in the Spanish capital next summer and celebrating his 35th birthday in March, Madrid may now be beginning to plan for life without their talismanic captain, but there are plenty of reasons for his renewal.