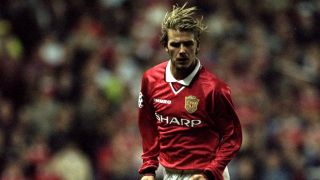 The story behind Barcelona’s bid to sign David Beckham

Bassat has alleged that the whole idea that Barcelona were going to sign Beckham was a bluff that helped Joan Laporta, who’s currently running for a second term, to win in the 2003 presidential elections.

“Something happened because a few days before the elections I had 42% in voting intention while Laporta had just 9%,” Bassat said. “Then I called the head of the advertising agency that manages the Manchester United account, the Ogilvy group.

“This person had a few days ago offered, in my office, to find sponsors for Barcelona like he was already doing with United. I called this man and said ‘Laporta says he has signed Beckham,’ and he told me ‘no, no, he is already signed by Madrid.’

Laporta and his team have positioned themselves as a group of Barcelonistes who understand the feeling of the club better than most, and that they will endeavour to return the club to its fundamental value of prioritising social and human values as well as economic and sporting ambitions.

They also intend on placing renewed emphasis on La Masia and Barcelona’s responsibility of projecting Catalonia to the world, as well as increasing economic responsibility and sporting ambition according to his campaign website.