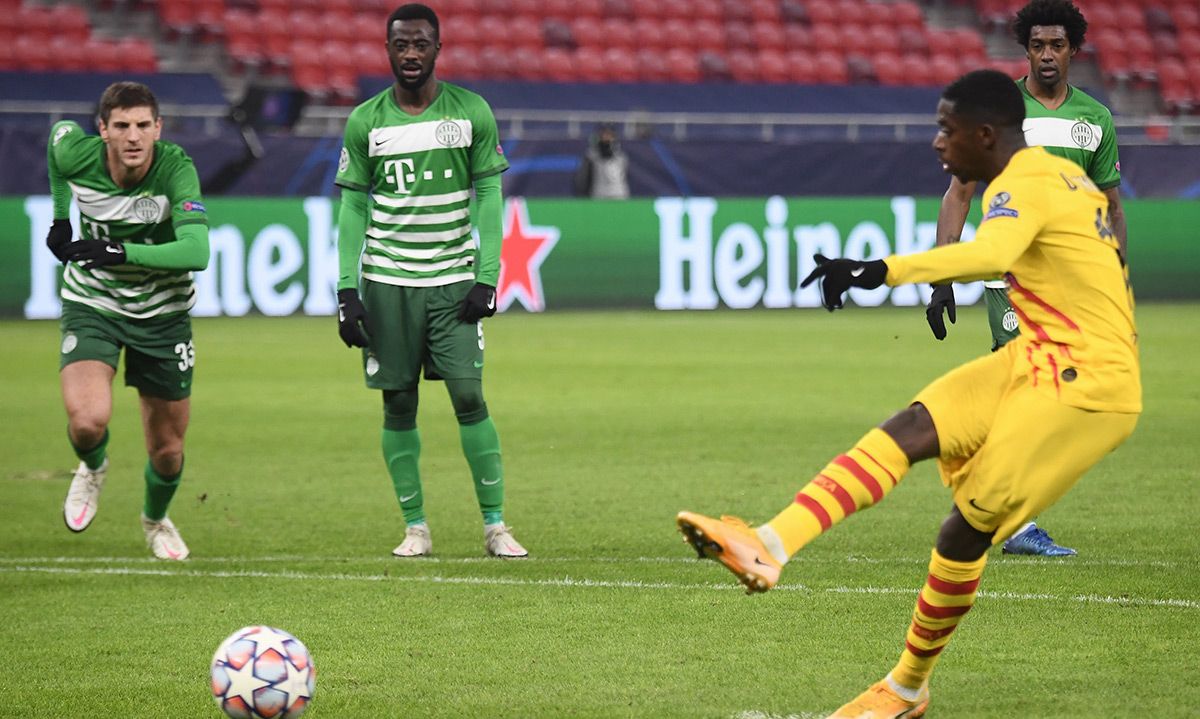 Ousmane Dembele on song in Budapest for Barcelona

His decision was a good one. Barcelona eased to a 3-0 victory over their Hungarian hosts thanks to a scintillating first-half performance where they scored three quick-fire goals.

A key performer for the Blaugrana was Ousmane Dembele. The Frenchman was heavily involved in Antoine Griezmann’s opener, directly assisted Martin Braithwaite for Barcelona’s second and scored a penalty himself. He even ended up with the captain’s armband after Sergio Busquets left the field.

Now in his fourth season at Camp Nou, Koeman will be hoping to count on Dembele in the crucial months to come. What he proved in Budapest, however, was that when he’s on song it’s quite a sight to behold.