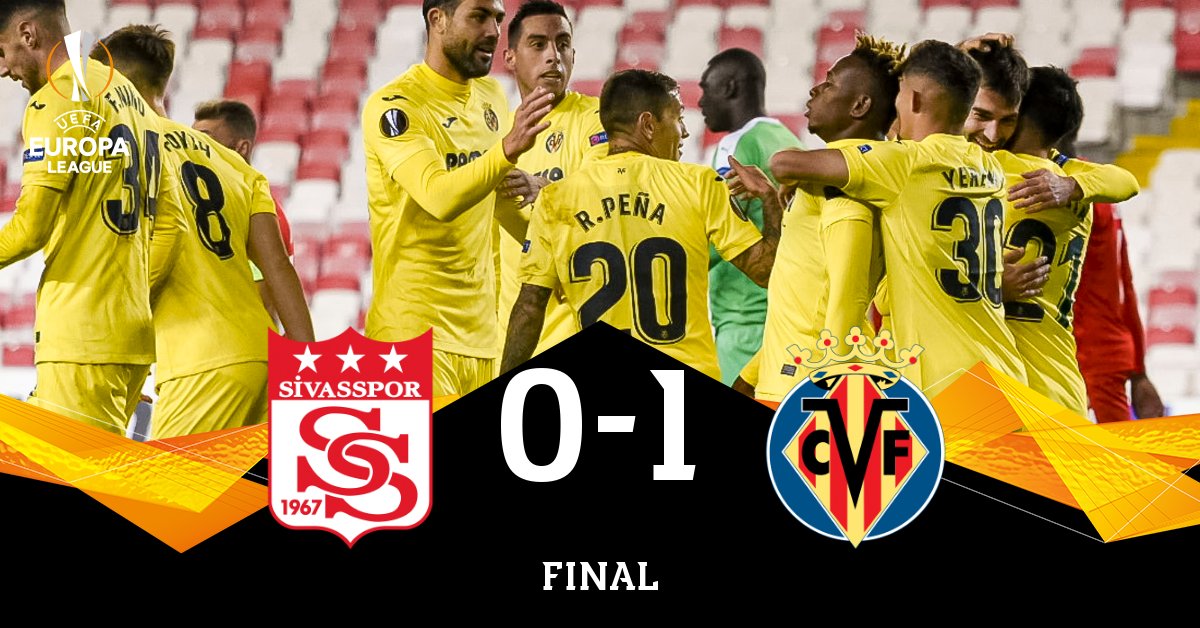 Villarreal cruised into the knockout phase of the Europa League as their win at Sivasspor on Thursday night confirmed they have won Group I.

Samuel Chukwueze netted 15 minutes from time in the encounter at Turkey to seal the three points and ensure the Yellow Submarine have picked up an impressive 13 points from their five group games.

The result means that Unai Emery’s side can take their foot off the pedal for next week’s home clash against Azerbaijani outfit Qarabag, in a game in which they are likely to heavily rotate in.

Whilst they only netted once on Thursday night, Villarreal are joint top goalscorers in the competition so far with 14 goals in five outings – just shy of three per game.

Qarabag have now had their elimination for the tournament confirmed with the final qualification spot in the group going into the final day where Sivasspor – who are on six points – travel to Maccabi Tel-Aviv, who are on eight points.