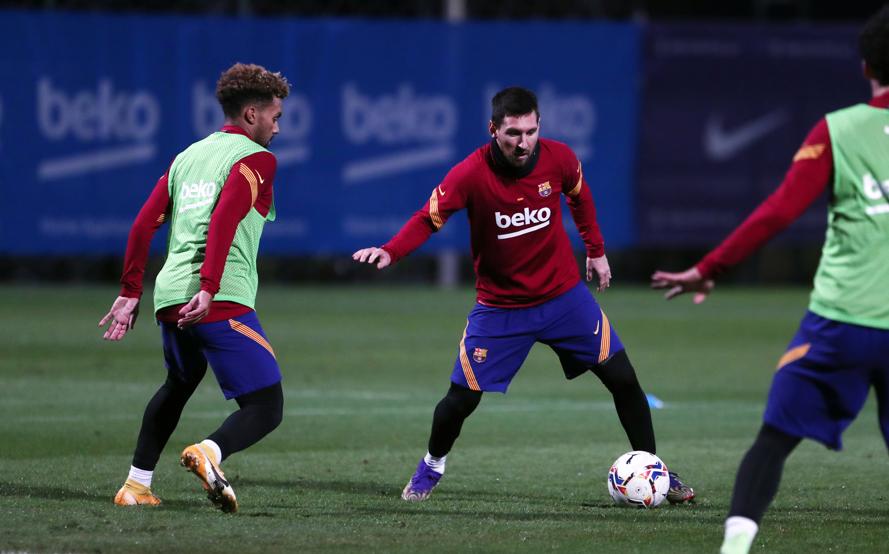 Barcelona trained on Thursday afternoon at the Ciutat Esportiva  following Wednesday’s victory over Ferencvaros in the Champions League according to a report in Mundo Deportivo.

There were two welcome additions to the squad in the form of Ronald Araujo and Samuel Umtiti.

Barcelona news has been dominated in recent times by their problems at centre-back, so the pair’s presence will be a bonus for Ronald Koeman.

The Dutch coach’s recent setup has actually seen rookie Oscar Mingueza line up beside Frenkie de Jong at centre-back, the latter of whom is a midfielder by trade.

Gerard Pique will be out for a significant number of months yet while Clement Lenglet suffered a scare against Osasuna last weekend.

Araujo is the closer of the pair to returning to first-team action, and could be in line to play against Cadiz or Juventus.

Umtiti hasn’t taken to the field for the Blaugrana since May, but the Frenchman did play 60 minutes of a friendly on Wednesday and could return in the coming weeks.

The pair were also joined in their return by Lionel Messi, Philippe Coutinho and Marc-Andre ter Stegen, all of whom were rested and didn’t travel to Hungary for the clash with Ferencvaros.