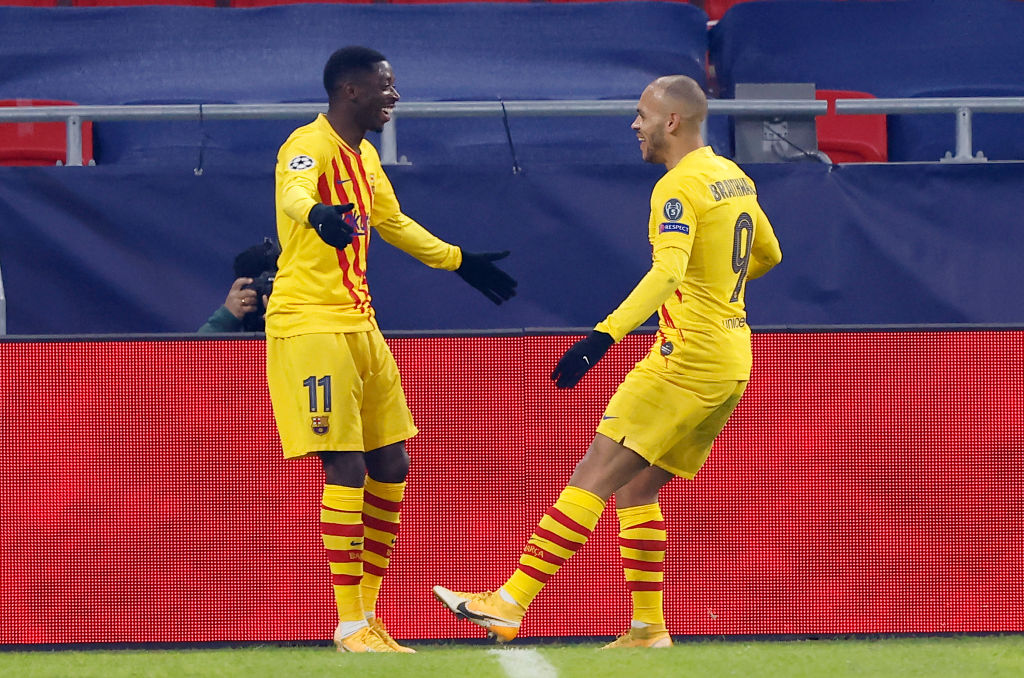 It paid off early doors. Less than quarter of an hour into the game Barcelona had their lead through Antoine Griezmann.

A slick team move saw Jordi Alba and Ousmane Dembele combine excellently down the left side before Griezmann was on hand to finish the attack with calm and confidence.

Just before the clock hit 30 minutes, Barcelona had made it three, with Dembele, who was terrorising the Ferencvaros defence, getting his name on the scoresheet. The French winger’s penalty was well struck, low and to the left.

Barcelona 3 goals up
Dembele from the penalty spot 🔥🚀 🎥🎥