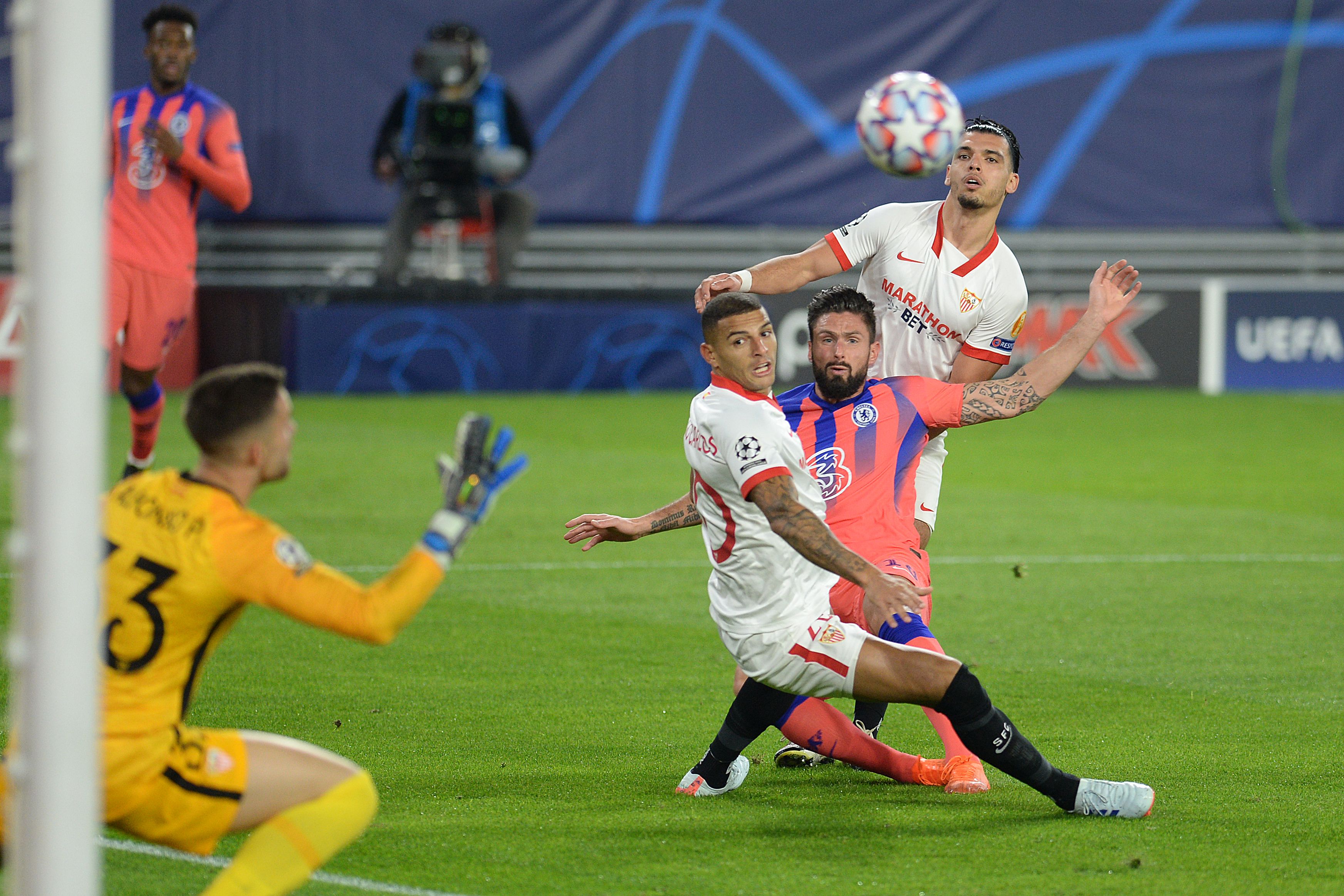 Watch: Olivier Giroud gives Chelsea the lead at Sevilla in the Champions League

Kai Havertz picked the ball up near the centre-circle, turned smartly, and broke forward at pace before feeding Olivier Giroud.

Chelsea’s French marksman took the pass well before shifting on to his left foot and finishing coolly.