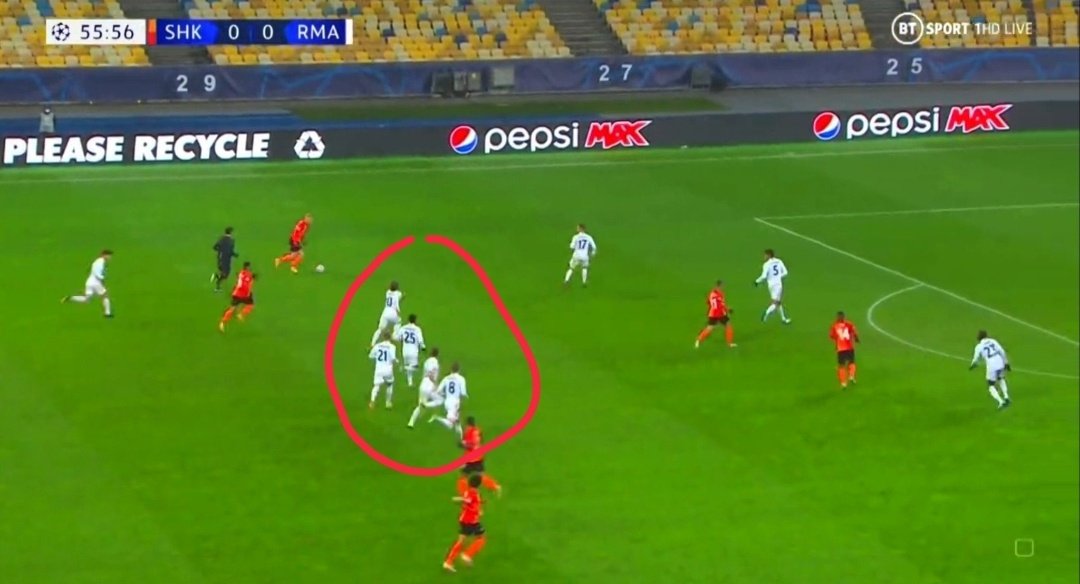 The damning image for Real Madrid in Shakhtar Donestk defeat

Real Madrid slipped to a shock defeat against Shakhtar Donestk on Tuesday in the Champions League and are now out of the qualification places ahead of the final matchday.

Second half goals from Dentinho and Manor Solomon secured a stunning victory for the Ukrainian champions, who put in a resolute defensive display and effectively hit Los Blancos on the counter-attack.

The first goal was a defensive nightmare for Madrid; a mix-up in the defence saw Raphael Varane appear to leave a bouncing ball in his own penalty area, allowing experienced forward Dentinho to drift in between the Frenchman and Lucas Vazquez to pounce and provide the finish.

However, an image has now emerged from the immediate build-up of that goal in which Shakhtar hit Madrid on the counter-attack and left the visiting side exposed. 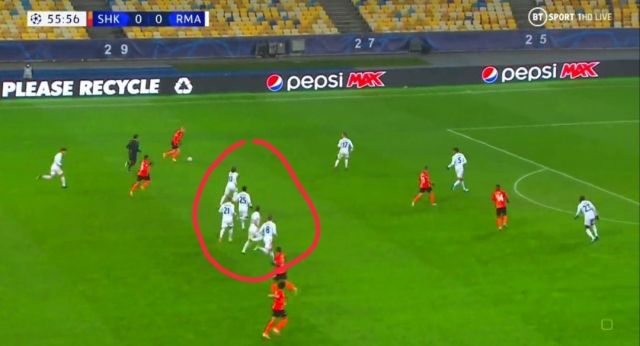 The image is demonstrable of a side who were ill-prepared for the transition phase and none of whom were tracking opposition players, and allowing the space for Shakhtar to play into – without any protection for the defence.

The result continues a poor run of results for Madrid, who have now lost five times in their last 11 matches across La Liga and in Europe, the same number of victories they have picked up in that timeframe.