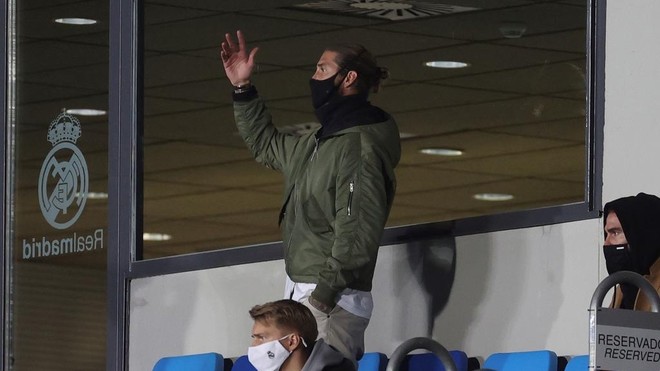 Real Madrid fell to defeat against Shakhtar Donestk in their Champions League group stage encounter on Tuesday night and were without their captain Sergio Ramos.

It is a result which continues an alarming run of form by Los Blancos without their talismanic captain in the competition – they have lost seven of their last nine matches when Ramos has not played in the Champions League.

The wretched run dates back to the 2018/19, when Madrid lost both of their group stage games against Russian outfit CSKA Moscow with Ramos not involved in either of those defeats.

The central defender was also absent – through a suspension – for the crushing 4-1 home defeat to Ajax in the Round of 16, which saw Los Blancos crash out of the competition.

Ramos also missed the defeats last season away at both to Paris Saint-Germain and Manchester City, although he was not involved in the XI for the victory at Club Brugges.

He missed both defeats to Shakhtar this campaign along with the 2-0 win at Inter, with Real Madrid news now focused on possible elimination from the competition at the group stage for the first time ever.